She said his accent must have something to do with it. 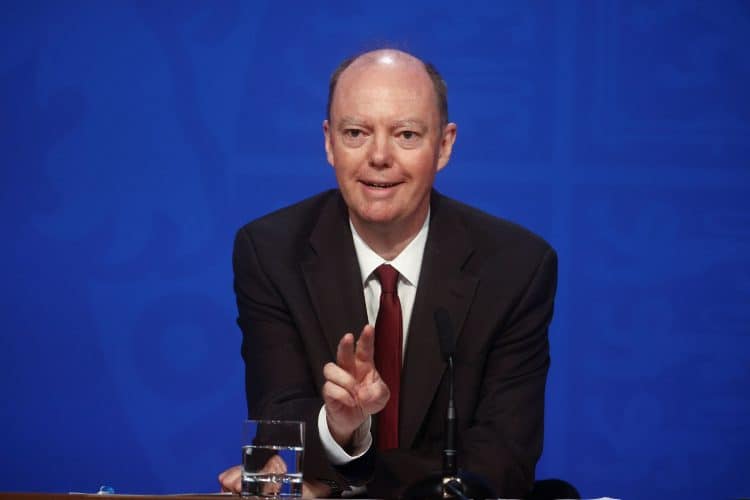 Last night the rapper revealed she was not vaccinated ahead of the Met Gala, a glamorous event in New York known as fashion’s biggest night, which required attendees to have been jabbed.

She also shared an unsubstantiated story on social media about a man who allegedly became impotent after being vaccinated.

“That happens to be one of them.”

Prof Whitty said the “great majority” of people want to get vaccinated and added that people who knowingly share vaccine disinformation should be “ashamed”.

Minaj, who was born in Trinidad and Tobago, previously tweeted: “My cousin in Trinidad won’t get the vaccine cuz his friend got it & became impotent.

“His friend was weeks away from getting married, now the girl called off the wedding.

“So just pray on it & make sure you’re comfortable with ur decision, not bullied.”

Minaj, who has said she previously caught coronavirus, told fans on Twitter she still loves Whitty after the “diss”, saying it must be something to do with the accent.

Boris Johnson also commented on the story at the conference.

He said: “I’m not as familiar with the works of Nicki Minaj as I probably should be, but I’m familiar with Nikki Kanani, superstar GP of Bexley who has appeared many times before you, who will tell you that vaccines are wonderful and everybody should get them.

“So I prefer to listen to Nikki Kanani.”