"Staff morale is at an all-time low and talks of another below inflation pay award only serves to rub salt in the wounds. " 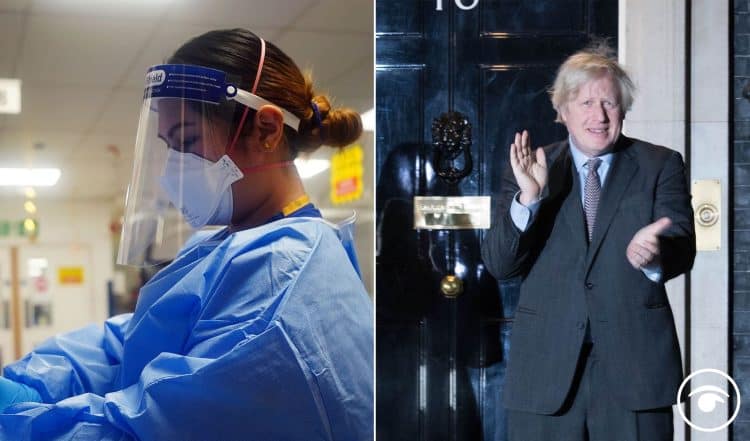 It comes as the watchdog governing MPs’ pay has decided to increase the salary of the UK’s elected representatives by £2,200 from next month.

The Independent Parliamentary Standards Authority (Ipsa) said basic pay would rise from £81,932 to £84,144 in April

Now the Government has once again recommended in their own PRB submission a real-terms pay cut for NHS workers of between 2-3 per cent.

Sir Keir Starmer said that it “shouldn’t go ahead” given the severe cost of living squeeze facing the public.

Giving oral evidence to the body, GMB warned about the impact on services this pay cut will have, with staff already leaving the NHS due to low pay and poor conditions – patient care is already suffering.

GMB members are angry Ministers have put ‘affordability’ over increasing their pay.

The lowest paid NHS workers are having to be given an advance on this year’s pay award just so that the NHS does not fall foul of minimum wage legislation.

GMB’s pay claim is for a significant increase that would cover costs of living increases, include a catch-up settlement to begin to restore a decade of lost earnings and a retention package that properly rewards existing staff.

Rachel Harrison, GMB National Officer, said:  “GMB members rejected last year pay award, and the one before – and we have been proven right to do so.

“It can’t be right the lowest paid workers have to be given an emergency advance just so the NHS doesn’t break minimum wage legislation.

“Staff morale is at an all-time low and talks of another below inflation pay award only serves to rub salt in the wounds.

“Another real terms pay cut for our paramedics, nurses, health care assistants, porters and cleaners cannot be the way forward for an NHS service that is on its knees with staffing shortages and backlogs as a result of the pandemic.

“Today, we have called on the PRB to take the anger felt by our members seriously.

“Their views cannot be dismissed and everyone is watching and waiting for the PRB to truly act independently of the Government and recommend a pay award that NHS workers deserve; not one they think Ministers will like.

“It’s time for the PRB to do the right thing by NHS key workers.

“Our members know their value –  even if the Government don’t – and they are prepared to fight for it if they have to.”