The Labour leader didn't say whether left-wing Labour MPs who signed a Stop The War letter on Ukraine could stand for the party in the next election. 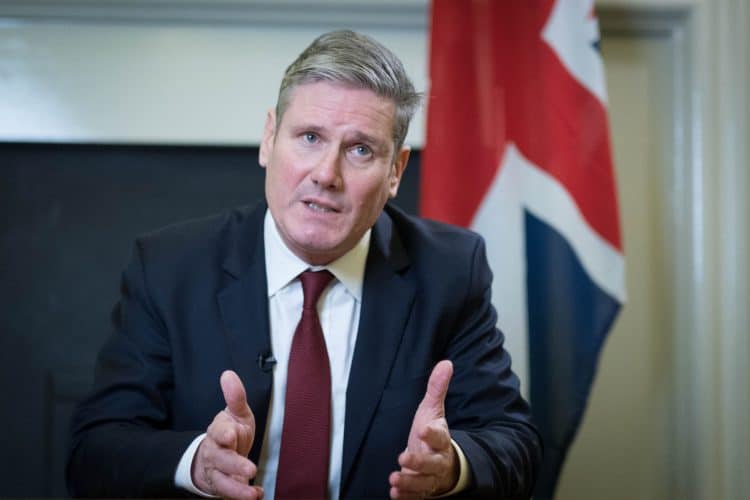 Keir Starmer has refused to back 11 left-wing Labour MPs standing at the next election.

The Labour leader repeatedly refused to endorse the backbenchers who last month signed a Stop The War Coalition letter about the Ukraine crisis – including Diane Abbott, John McDonnell and Richard Burgon.

The letter hit out at Nato expansionism, suggesting it had contributed to Russia’s decision to invade Ukraine.

After being warned that they faced disciplinary action by Labour’s chief whip, all 11 subsequently removed their names.

Asked on BBC Radio 4’s World At One whether he supported the MPs – many of whom served in Jeremy Corbyn’s shadow cabinet – standing for Labour at the next election, Sir Keir demurred.

After being asked a third time, he said: “They are Labour MPs and of course I support them but all of our MPs will go through a process for selection into the next election.”

Last month Starmer told MPs that anyone who drew “false equivalence” between the actions of Nato and Russia would be booted out of the party.

He said: “Labour’s commitment to democracy, the rule of law and the sovereignty of independent nations is unshakable.

“Vladimir Putin is attacking all those things. Nato is defending them.”

And McDonnell, the former shadow chancellor, came close to losing the whip earlier this month after agreeing to appear at a Stop The War rally.

He eventually pulled out on the day, telling HuffPost UK: “This is not the time to be distracted by political arguments here. Now is the time to unite and do all we can to assist the people of Ukraine desperately seeking asylum and to do all we can to bring about peace.

“Nothing is more important at this time. Nothing should distract us from that. So I won’t feed into that distraction by going tonight.

“I do think many Labour Party members will want clarity over the Labour Party’s attitude to attending demonstrations organised by Stop The War or by them jointly with other groups.”