The amendment meant that notification was given to the authority of where the ship is registered, rather than the secretary of state. 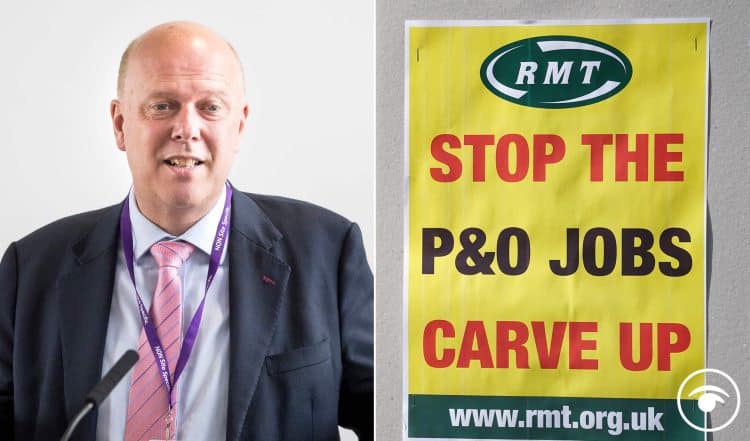 P&O Ferries has insisted it did not commit any offence in firing nearly 800 workers without notice, as it announced what it said was believed to be the largest compensation package in the British marine sector.

But who is to blame for letting the shipping company act in this way? Well, according to one lawyer, step forward… Chris Grayling!

MPs have asked for confirmation that laws were not broken with the shock sacking and said the situation, which caused widespread outrage, had raised questions about UK employment law.

But P&O Ferries chief executive, Peter Hebblethwaite, said all vessels involved were registered outside the UK and the relevant authorities in each case had been notified.

In a letter to Business Secretary Kwasi Kwarteng dated March 22, Mr Hebblethwaite said the “very clear statutory obligation in the particular circumstances that applied was for each company to notify the competent authority of the state where the vessel is registered”.

He wrote that notification had been made to the relevant authorities on March 17th, and that no offence had been committed regarding notifying the Secretary of State.

He said the firm was “painfully aware” of the “distress” caused to workers and their families on being sacked without warning or consultation, but added that this course of action was taken as a “last resort”.

“The amendment states the notification must be made to the competent authority of the state where the ship is registered, instead of the secretary of state,” he said.

The Trade Union and Labour Relations (Consolidation) Act 1992 was amended by statutory instrument in February 2018.

The change signed off by Mr Grayling states: “[If] the employees concerned are members of the crew of a seagoing vessel which is registered at a port outside Great Britain .. the employer shall give the notification required .. to the competent authority of the state where the vessel is registered (instead of to the Secretary of State).”

The amendment is the only change to the 1992 act relating specifically to foreign-registered ships.

Related: P&O to restart using crew paid £1.80 an hour & it is legal – thread explains how