“This damning document proves that this paltry offer would hit the living standards of women workers and minority groups hardest. What is more, it proves that Ministers knew this and went ahead anyway." 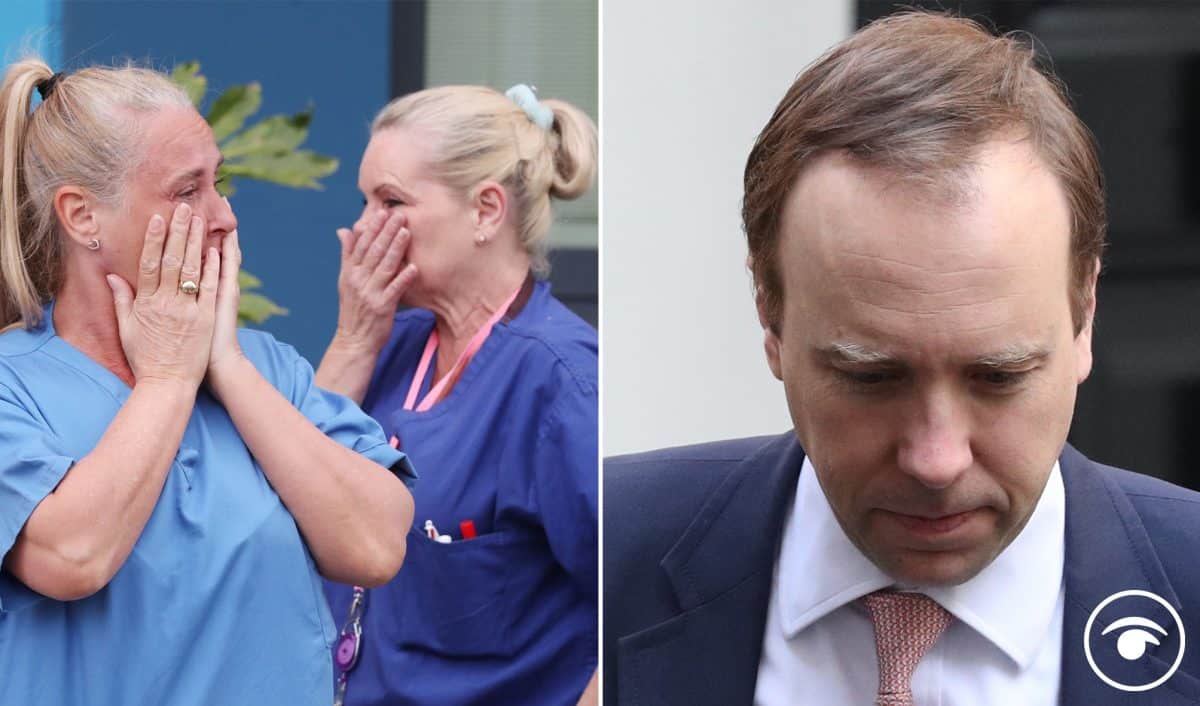 80 per cent of workers affected by the NHS 1 per cent pay recommendation are women, according to the Treasury’s public sector pay Equality Impact Assessment released by GMB Union.

It comes as a senior Government minister has said he hopes NHS staff will be given an “appropriate” pay rise this year.

The Government is facing a furious outcry after calling for a headline increase of just 1 per cent in its submission last week to the NHS pay review body.

Ministers have argued that it was all that could be afforded following the massive hit to the public finances caused by the pandemic at a time when most public sector workers were facing a pay freeze.

However, Justice Secretary Robert Buckland appeared to strike a more conciliatory note, saying that the submission to the pay review body was only the “beginning of a process”.

“The final recommendations have not yet been made,” he told BBC Breakfast.

“We have got to remember that in large other swathes of the public sector there will be a pay freeze save for the lowest paid. I don’t think at the moment we are at the end of this process.

“I think that we need to see what the recommendations are, and I very much hope that the outcome – whilst it might not be an outcome in these difficult circumstances that will result in pay rises that everybody would want to see – that the work that has been done by NHS workers will be recognised in a way that is appropriate, bearing in mind the constraints we are all under.

“It is not for me to start to prejudge what the outcome of the negotiations is. I am simply pointing out that we are at the beginning of that process and we will have to see what the recommendations are.”

The news comes against a backdrop of growing anger against the Government’s 1 per cent pay recommendation for NHS workers in England after a year of the coronavirus pandemic.

The paper, which was compiled by civil servants in November for the Comprehensive Spending Review, was obtained under the Freedom of Information Act, is being released by GMB Union which represents NHS workers.

According to the assessment, ‘women are relatively overrepresented in the NHS workforce compared to the [wider] public sector.’ 80 per cent NHS workers are women, the analysis found.

And the 1 per cent recommendation, which would be a pay cut in real terms, contradicts a statement in the Treasury’s internal document that the Government would ‘exclude all members of the NHS workforce from public sector pay restraint.’

Inflation this year is projected at 1.5 per cent (CPI) or 2.5 per cent (RPI) by the Office for Budgetary Responsibility.

The Treasury said that it had not been able to assess whether its pay policies would have a disproportionate impact on the characteristics of ‘marital status, sexual orientation, gender reassignment and maternity,’ which are protected under the Equality Act.

Despite these limitations, the Equality Impact Assessment concluded that ‘the government does not consider that the implementation of public sector pay restraint over the spending review period will result in any unjustified differential impact.’

The Treasury was criticised in November by the Women’s Budget Group for failing to carry out meaningful impact assessments, who said that ‘women and minority groups have experienced the worst impacts of the pandemic, in part due to the failure to do proper EIAs [Equality Impact Assessments].’

Rachel Harrison, GMB National Officer, said:  “The Government must u-turn on its disgraceful plan to impose a real-terms pay cut on NHS workers.

“This damning document proves that this paltry offer would hit the living standards of women workers and minority groups hardest. What is more, it proves that Ministers knew this and went ahead anyway.

“Our NHS workers have risked everything to keep us safe during the coronavirus outbreak, now they deserve a real pay rise after a decade of austerity and real terms cuts to pay.

“Many of our members are struggling to make ends meet. Ministers should do the decent thing, and mark the week of International Women’s Day by changing course and setting out plans for a real pay rise for all NHS workers.”