“I feel totally betrayed. I’ve put my heart and soul into this job and they’ve hurt me. I will never return.” 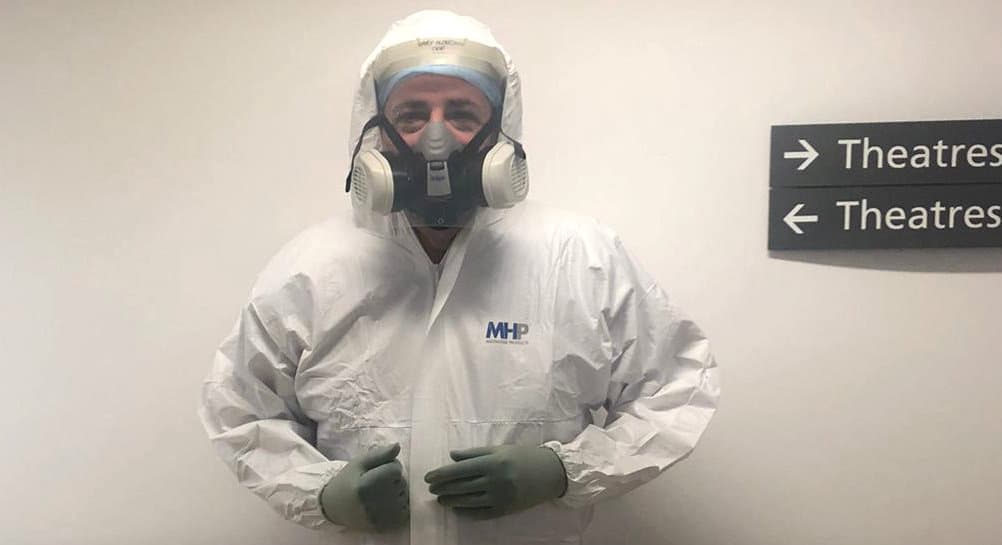 An NHS front line worker has spoken of his dismay after he was suspended from a hospital for telling Covid deniers on Facebook to follow government rules.

He said he was reduced to tears for the first time in 30 years on the job after seeing young and healthy people dying at the hospital in Chelmsford, Essex.

He wrote a lengthy rant on January 4 after seeing a friend post Covid conspiracy theories and begged: “Please, please listen and stay safe.”

The post continued to urge people to listen to medical and government advice and to “stay at home and look after yourselves”.

But after an anonymous complaint was made about the content of his post, which included bad language, he was stunned to be told he had been suspended.

He claims the Mid and South Essex NHS Foundation Trust told him he had been axed for “bringing the trust into disrepute” as he was due to start his 12-hour shift on Feb 7.

Gary said he never mentioned where he worked and only offered the government’s own advice, but admitted he could have avoided using such “colourful language”.

Gary, who has worked for the NHS in various roles for more than 30 years, had wrote: “This is real s***. I have seen fit, young people die in my arms.

“For f**k sake listen to what medics and the government are telling us.”

Gary, who came out of semi-retirement to help treat coronavirus patients, has now vowed never to return to the hospital where he worked for 17 years.

Gary, from St Osyth, Essex, said: “When I first got suspended I was doubting my own ability, I thought maybe I put a patient in danger or someone died on my watch.

“It worried me for my days that I inadvertently killed someone. When I found out it was Facebook, it was just so ridiculous.

“People are dying every single day and we have been on the front line trying to save as many lives as we can.

“For the first time in my career I was reduced to tears because we had to watch seven people die in one day, then the next day five people died.

“We started nicknaming it ‘The Culling Fields’. It was awful.

“I feel totally betrayed. I’ve put my heart and soul into this job and they’ve hurt me. I will never return.”

Gary had worked as an operating department practitioner (ODP) at the hospital for 17 years before retiring last summer.

But he returned in December to help out on the frontline just before the second wave of Covid hit, and worked on the ICU for the first time.

At the end of last year, hospitals in Essex declared a ‘major incident’ after they were overwhelmed with Covid-19 patients.

He added: “All I wanted to do was help, and despite how difficult it was, I felt like I was doing good work in the intensive care unit.”

Gary didn’t find out he was suspended until he already began a weekend shift at 8am on Feb 7.

He was told by a manager that he had to go home while he was already in his full PPE and ready to work.

He made a phone call and learned that he was suspended after an anonymous person lodged a complaint against him.

Gary added: “I was absolutely gutted. I came home totally deflated. I couldn’t understand why I was suspended.”

He claims that because they sent the email notifying him of the complaint to an incorrect address, he was never consulted or spoken to before the decision was made.

He said it left him with a ‘bitter taste’ in the mouth.

Gary said: “This is not what the NHS needs, we’re in a pandemic, the hospitals are overwhelmed. We need as many people to help out.

“They didn’t need to take it this far. I think they could have spoken to me and had a chat but instead I’ve just been suspended.”

A spokesperson for the Mid and South Essex NHS Foundation Trust said: “As this is an ongoing investigation the Trust are unable to make comment.”

“Peeps. I know a few of my friends on here are non believers of the Covid crisis, but, let me just say this.

“If ya bored during lock down, come down to Essex and shadow me at work.

“This Covid lark is all new to us. We used to go to work, assist with operations and go home, pleased with what we have achieved that day, knowing that we have done our bit to help people.

“Now things are so different. This is not “the common cold or even the winter flu”.

“Recently I have watched close colleagues go from wearing a face mask and within hours being put into a drug induced coma because they are tired and just want to end it all.

“It is extremely sad out there. For f*** sake. Listen to what medics and the government are telling us. Stay at home and please look after yourselves.

“This is not fake. Hospitals are not empty. These pics that are going onto the media are pics of outpatients departments.

“All elective appointments and surgery are cancelled.

“You also have to realise that I’m afraid of bringing the virus home with me.

“We have lots of PPE which we use every day.

“I have to wear this for 13 hours some days and people fucking moan about putting a face mask on to go shopping.

“I never ever thought in my life time that I would see and have to wear a mask to be able to get on with my day, but eh, it is what it is.”