'My god. Absolutely buried by 10:30am on a Sunday morning,' wrote one Twitter user. 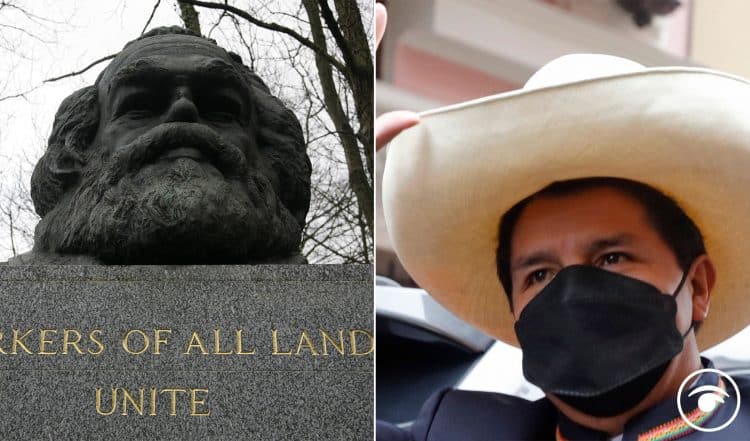 Chris Bryant, Labour MP for Rhodda, took to Twitter this weekend to rant about the winner of the Peruvian elections, which was won by left-wing teacher Pedro Castillo.

The rural teacher, who has never held political office before, was installed less than two weeks after he was declared the winner of the June 6th runoff election.

He is Peru’s first president of peasant origin.

In a ceremony in the capital Lima, Mr Castillo made a commitment “for God, for my family, for my peasant sisters and brothers, teachers, patrolmen, children, youth and women, and for a new constitution”.

In response Bryant wrote: “Perú is a wonderful country but it’s depressing that voters were left with a choice between Fujimori and Castillo. Sadly the new cabinet looks set to take the country down a failed Marxist route.”

Alan MacLeod, who works at independent outlet MintPress News, replied: “It is truly extraordinary that a Labour MP in south Wales could say such a thing. It goes to show how bought out the party has become.”

Bryant didn’t seem to like that tweet and so decide to bite back writing: “Do you know anything about Peruvian politics? Have you even been there?”

MacLeod’s reply dismantled the Labour MP, he said: “I’ve got a PhD in Latin American politics, lectured about it in universities, and have produced a book and five peer-reviewed journal articles on the topic.”

Bryant didn’t give up though.

He wrote: “And I worked in a pueblo joven in Comas in Lima and for a human rights organisation in Buenos Aires where my friends were tortured and was thrown out of Chile by Pinochet.”

In response, Macleod then said: “That’s nice, Chris But if you are truly concerned with authoritarianism in South America, I’d advise you not to pall up with far-right Colombian strongman Alvaro Uribe like you did in 2009, right as he was carrying out a massacre of 10,000 leftist opponents.”

But if you are truly concerned with authoritarianism in South America, I’d advise you not to pall up with far-right Colombian strongman Alvaro Uribe like you did in 2009, right as he was carrying out a massacre of 10,000 leftist opponents.