"Now look here, I know we voted for Brexit but this is all your fault." 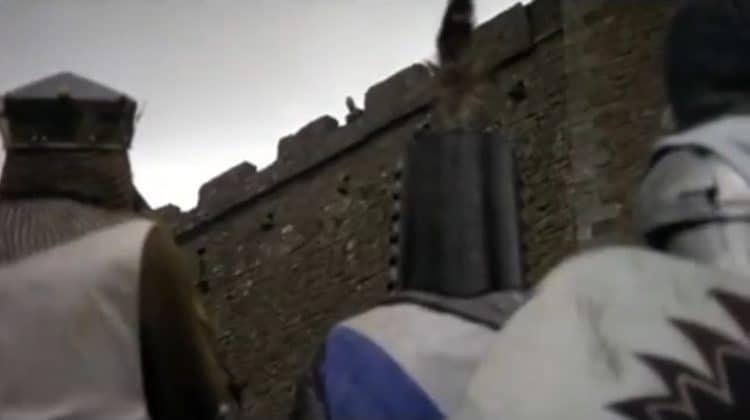 Scenes of gridlocked roads and bumper-to-bumper cars were seen this weekend as thousands of travellers endured lengthy queues and some lorry drivers saw waits of more than 18 hours.

One of the busiest periods for foreign travel from the UK turned into bedlam as schools in England and Wales broke up for the summer.

But it has since been revealed that the British government was offered a proposal back in 2020 to curtail the chaos at the border, but they rejected it.

The money would have been used to significantly increase the number of French government passport booths from five to 10 in anticipation of more stringent requirements, including stamps in passports after January 1st, according to the Financial Times.

On the back of the port chaos Twitter user, ‘The Jase’ has recaptioned a scene from Monty Python and the Holy Grail.

Watch the hilarious scene below: