"The Tory government are destroying my city. I've got kids and families living on food banks while they're getting f***ing bonuses." 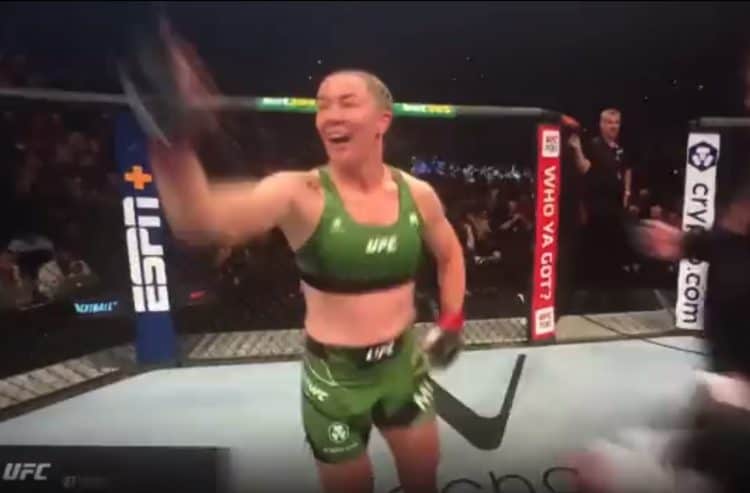 UFC fighter Molly McCann lead a packed-out O2 Arena to a rousing rendition of “f**k the Tories” after bagging a famous win against Hannah Goldy on Saturday night.

The mixed martial arts fighter overcame her American opponent after delivering a stunning elbow plus a flurry of punches to end the bout.

Before leaving the octagon, McCann asked the crowd: “Can I just get you to sing one thing. I’m not going to swear,” before then urging those in attendance to shout “F**k the Tories”.

Co-commentator and interviewer Michael Bisping, still the only Brit to win a UFC title added: “I’m going to say I agree with that one.”

McCann previously told JOE about the damage she believes the Conservative Party has done to her home city of Liverpool.

“The Tory government are destroying my city. I’ve got kids and families living on food banks while they’re getting f***ing bonuses.”