Liz Truss has hit out at the French authorities for the border chaos, but the government rejected an offer to double the number of passport booths in 2020. 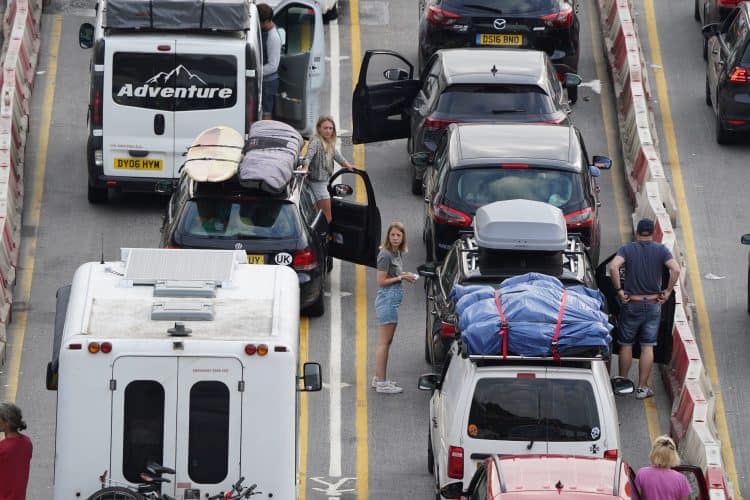 Scenes of gridlocked roads and bumper-to-bumper cars were seen this weekend as thousands of travellers endured lengthy queues and some lorry drivers saw waits of more than 18 hours.

One of the busiest periods for foreign travel from the UK turned into bedlam as schools in England and Wales broke up for the summer.

But it has since been revealed that the British government was offered a proposal back in 2020 to curtail the chaos at the border, but they rejected it.

The money would have been used to significantly increase the number of French government passport booths from five to 10 in anticipation of more stringent requirements, including stamps in passports after January 1st, according to the Financial Times.

Speaking to the Guardian, Lord Ricketts, a former ambassador to France, said that the delays were an inevitable outcome of the bureaucracy created by Brexit.

“The shortage of French border force officials is a short-term, tactical problem,” he said. “The long-term, serious issue is that this is the first time we’ve seen the full pressure on the border after Brexit.

“Even if it was a full complement of the French border force there would still be massive delays, because Dover port can’t cope with the volume.

“The underlying reality is that no matter how many they have, given the size of the port, given the fact that the government failed to invest in expanding the facilities, it is going to be like this – this will be the new normal.”

Related: Rishi Sunak hits out at ‘forces that be’ backing Liz Truss

‘As northern as Highgate’: Rishi tells Tory voters in Leeds he’s the ‘most northern chancellor the party has ever had’