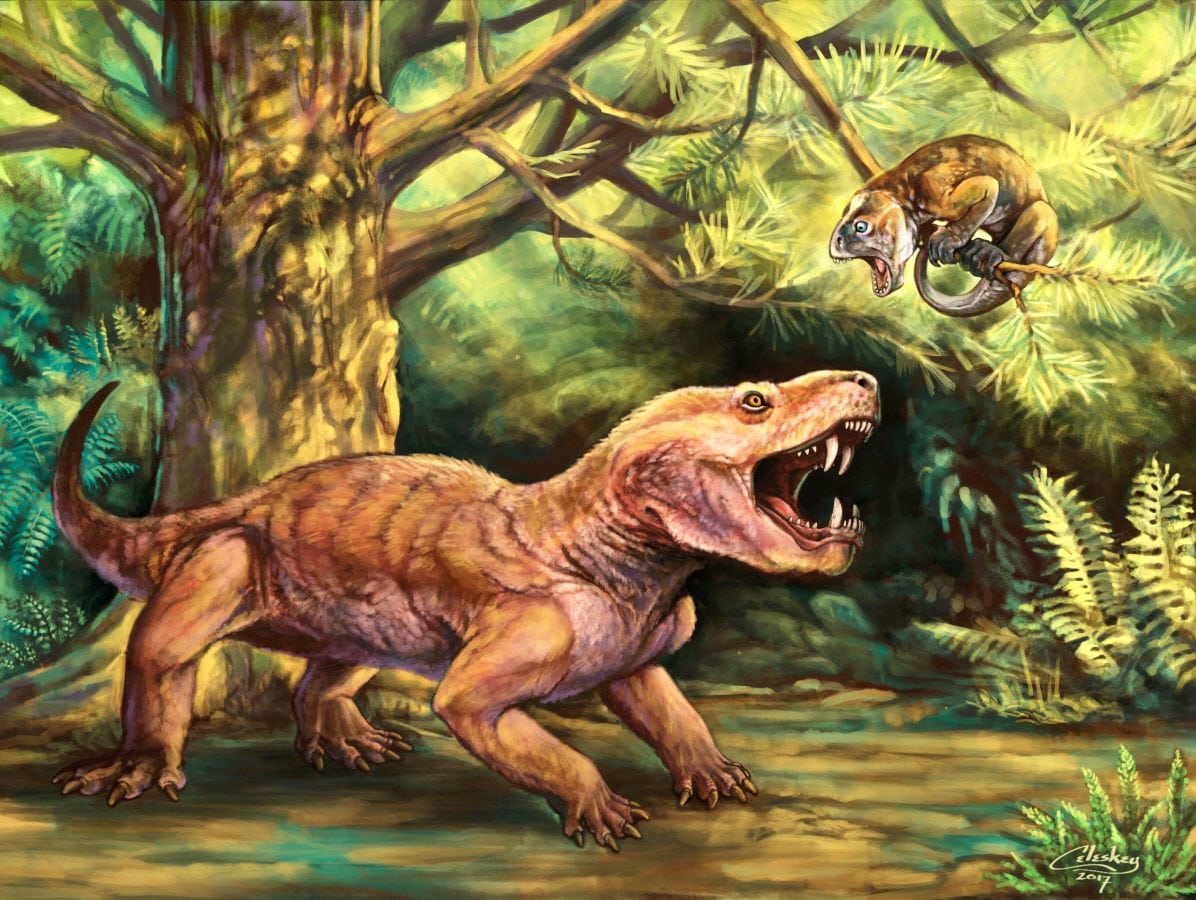 Scientists say the discovery improves the understanding of ‘an important period’ in early mammal evolution by providing a fuller, global picture of the process.

Living mammals descended from a diverse group of ‘protomammals’ that dominated the Permian Period millions of years before the earliest dinosaurs – some 252 million years ago.

A missing link in mammal evolution was identified through an over reliance on South African protomammal, or ‘therapsid’ fossils.

Because of this, fossils from outside of South Africa are ‘extremely important’, and would allow scientists to record global instead of regional patterns.

Researchers from the North Carolina Museum of Natural Sciences in the United States and the Vyatka Paleontological Museum in Russia have found fossils on the Vyatka River.

They say the new species provide the first evidence that there was a worldwide turnover in predators after the mid-Permian extinction, and not just a localised turnover in South Africa. 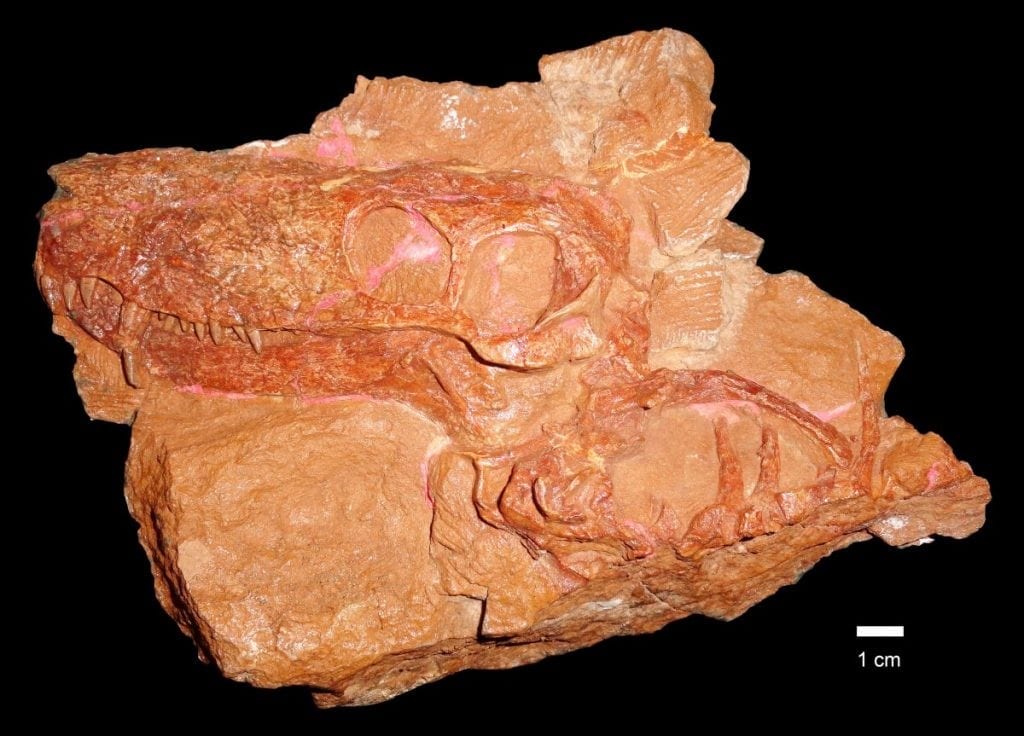 Of the two discoveries, one was said to be a wolf-sized carnivore and the other, a smaller, long-snouted meat eater with needle-like teeth.

Both species were named after legendary monsters from Russian folklore, matching their ‘menacing appearances’ – including their deep set eyes.

These new species improve scientists’ understanding of an crucial time between mass extinctions, when the roles of certain carnivores changed drastically.

According to scientists, the find improves the understanding of ecosystems after mass extinctions which took place 260 million years ago.

The ‘mid-Permian’ mass extinction played a major role in shaping the course of protomammal evolution.

This reversed by the time of the mid-Permian ecosystems, showing decreased sized sabre-tooth beasts.

The latest find confirms that this phenomemon was a global trend and not just something confined to South Africa.

Lead author Dr Christian Kammerer, Paleontology curator at the North Carolina Museum of Natural Sciences, said: “In between these extinctions, there was a complete flip-flop in what roles these carnivores were playing in their ecosystems – as if bears suddenly became weasel-sized and weasels became bear-sized in their place.

“Kotelnich is one of the most important localities worldwide for finding ‘therapsid’ fossils – not only because they are amazingly complete and well-preserved there, but also because they provide an all-too-rare window into mammal ancestry in the Northern Hemisphere during the Permian.”

The findings were published in the journal Peer J.