Adds to evidence rocky planets are common throughout the universe 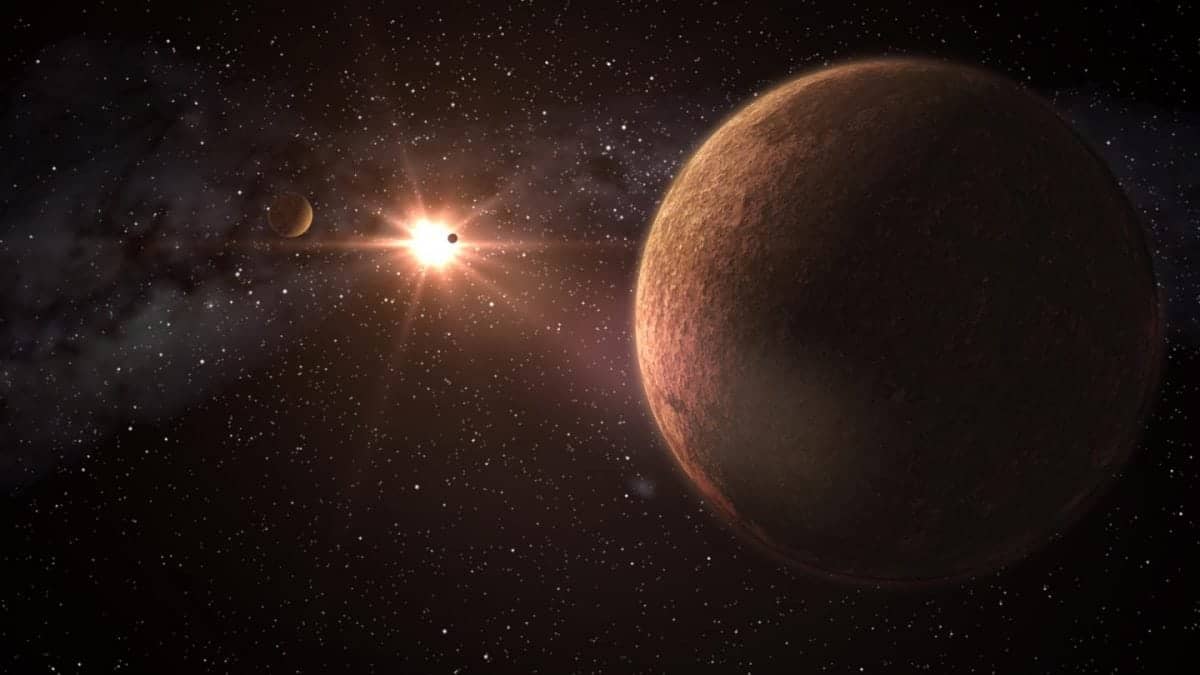 A solar system with three Earth sized planets has been discovered by astronomers just 160 light years away.

The mysterious worlds may be too hot to potentially support life – lying too close to their host sun.

But it adds to evidence rocky planets are common throughout the universe – with some likely to be in the ‘Goldilocks zone’ where liquid water would flow.

One of the trio of exoplanets – planets outside our solar system – has exactly the same radius as Earth.

The other two are just slightly larger.

The Spanish team also identified another nearby planetary system that has two super-Earths – about twice the size of our planet. 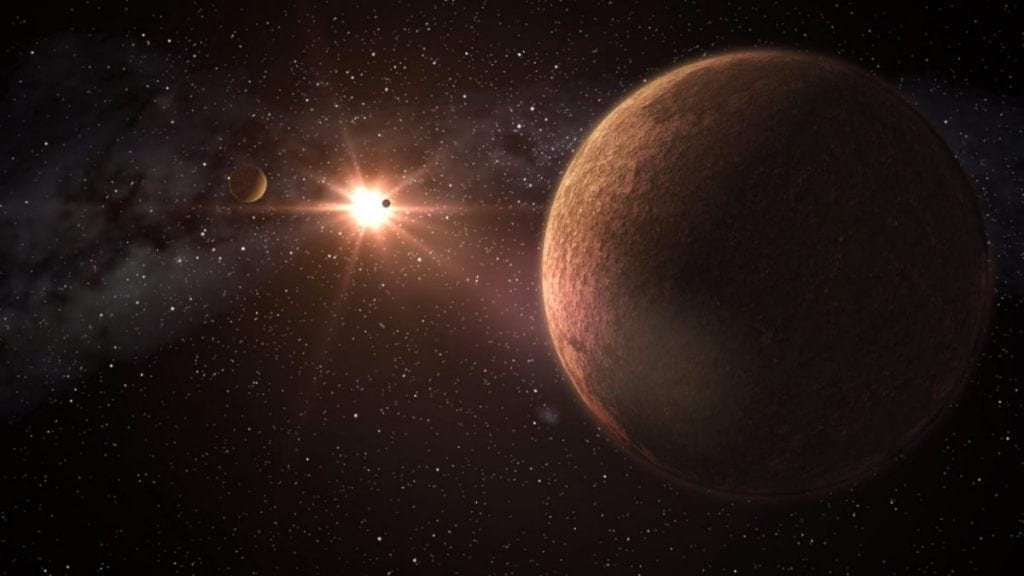 The five planets were detected from the eclipses they produce in the stellar light of their respective stars.

They will be tens of degrees warmer than Earth due to the strong radiation they receive in these close orbits.

This is despite red dwarves being about half as hot as our sun.

Study co leader Dr Javier de Cos, of the University of Oviedo, said all five planets will have temperatures ranging from 107 to 327 degrees Celsius.

The astronomers analysed data collected by the K2 mission of NASA’s Kepler satellite, which started in November 2013.

“The ﬁrst system was found in K2-239. It consists of three Earth-size transiting planets.

“The equilibrium temperatures of the atmospheres of these planets are estimated to be in the range of 380-600 Kelvin (107 to 327 degrees Celsius).”

The astronomers say it will be possible to study the planets’ atmospheric properties with telescopes.

State of the art scanners installed in the Very Large Telescope (VLT) of the European Southern Observatory (ESO) will be crucial to determine the masses, densities and physical properties of these planets.

NASA has already discovered almost 3,500 planets in planetary systems beyond our own.

The study was published in journal Monthly Notices of the Royal Astronomical Society.