"The climate crisis is melting Greenland down at an unprecedented rate, which in a twist of irony - is creating an opportunity for investors and mining companies." 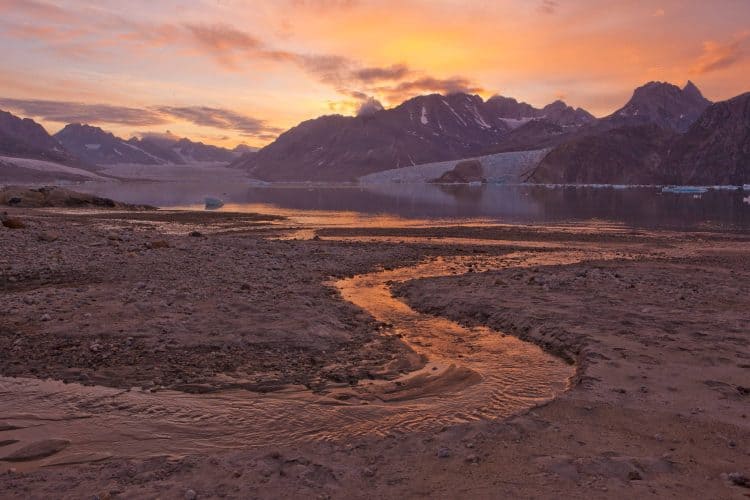 One of the world’s few rare earths processors outside China has bought exploration rights to mine in Greenland, opening an avenue for diversifying supplies of the minerals critical for advanced and green technologies.

CCN reports: Some of the world’s richest men are funding a massive treasure hunt, complete with helicopters and transmitters, on the west coast of Greenland.

The climate crisis is melting Greenland down at an unprecedented rate, which – in a twist of irony – is creating an opportunity for investors and mining companies who are searching for a trove of critical minerals capable of powering the green energy transition.

“It is a concern to witness the consequences and impacts from the climate changes in Greenland,” Bluejay Mining CEO Bo Møller Stensgaard told CNN. “But, generally speaking, climate changes overall have made exploration and mining in Greenland easier and more accessible.”

The usual suspects are sniffing around the area.

With sea ice receding, billionaires want to mine Greenland for rare Earth metals to power batteries. It could be part of a climate solution … or “a perfect symbol for our dystopian times.”

Rare earths are a group of minerals used in the manufacture of electric vehicles, wind turbines, electronics, robots and other machinery.

China currently dominates global production, processing about 85% of the world’s rare earths, but skyrocketing demand is pushing companies to look for other sources.

Toronto-based Neo Performance Materials, the rare earths processor, said on Monday it plans to develop the Sarfartoq deposit in south-west Greenland and will send the ore to its facility in Estonia in Eastern Europe.

It is one of only two plants outside China that processes rare earths to a high degree.

Neo aims to have the mine running in two to three years. It will be the company’s first major mining project.

CEO Constantine Karayannopoulos said that by opening the mine, he hopes to shield the company from volatile rare earth prices, which have shot up in recent years due to supply disruptions and strong demand.

“We’re at the mercy of the market,” he said.

Mr Karayannopoulos called it “business, not geopolitics”. But in recent years, rare earths have attracted the attention of policymakers in Washington, Beijing and other capitals given their importance to the global high-tech supply chain.

The US, Europe and Japan call their dependence on China’s rare earths a “national security risk” and have sought to diversify their supply.

But such efforts have struggled, as mines in other countries have run into opposition or failed to get off the ground after fluctuating prices scared investors away.

Meanwhile, supplies of rare earths have shrunk, and some mines are raising ethical and environmental concerns. Mining rare earths is a dirty business when done cheaply, and China, the world’s largest miner, has shuttered many mines in recent years to curb environmental damage.

Some of that mining has been outsourced to Myanmar, where a lack of oversight is masking a dirty secret. An Associated Press investigation this month found the Myanmar mines are linked to environmental destruction, the theft of land from villagers and the funnelling of money to brutal militias, including at least one linked to Myanmar’s secretive military government.

The AP traced rare earths from Myanmar to the supply chains of 78 companies, including major car makers and electronics giants.

The US State Department said in a statement that it was “deeply concerned” about illicit mining in Myanmar, and called on other countries to ensure that their economic activity with Myanmar “does not enable or further exacerbate the regime’s violence against its own people”.

Mr Karayannopoulos said that in Greenland, the company plans to dig up rock, crush it and do basic processing that does not involve the use of damaging chemicals.

The ore will be then shipped to Estonia, where it will be further processed into a form that can be used to make magnets.

Plans for another rare earths mine in Greenland failed after voters put in power a left-leaning government that blocked development. The site had high concentrations of uranium, raising concerns over how radioactive waste would be disposed.

Mr Karayannopoulos said the site his company plans to develop has much lower levels of uranium, meaning it can be mined under current Greenland and European Union regulations.

He said EU officials encouraged the project because it could help the continent become more self-sufficient in rare earths.

Some customers, meanwhile, are aware of the risks of mines in unregulated, conflict-ridden areas such as Myanmar, and are increasingly willing to pay more for rare earths from regulated and transparent jurisdictions, Mr Karayannopoulos said.

“You’re making the problem worse by doing it in an irresponsible way, and with regimes that kill their own people,” he said. “It’s not sustainable.”

Related: BBC’s ‘irresponsible’ coverage of climate in leadership debate as July revealed as driest in a very long time