Newcastle United, who face League Two Tranmere in the Carabao Cup second round, have been targeting attacking reinforcements. 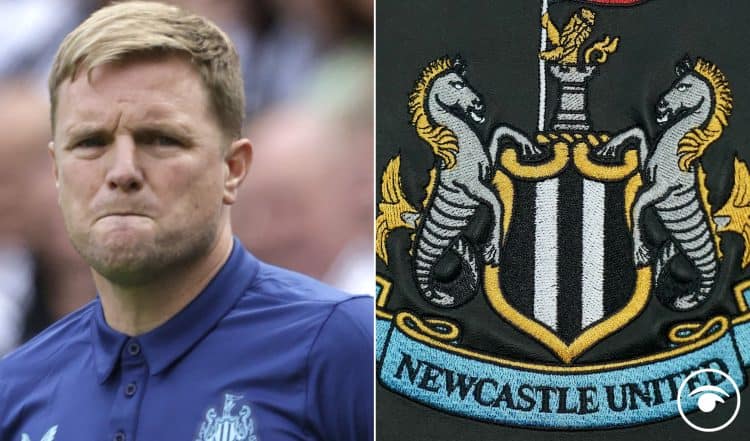 Newcastle face an anxious wait on two fronts as they attempt to push home a deal for Watford striker Joao Pedro and Callum Wilson heads for a scan.

He has been the club’s top scorer in each of his two seasons at Newcastle despite missing the second half of the last campaign with a hamstring problem.

Wilson is injury prone and now another club has stepped in to try and nab forward Pedro from under Newcastle’s nose.

Asked if Wilson’s latest misfortune might change the club’s remaining transfer business, Howe said: “Well, I think we will wait and see the extent of Callum’s injury before answering that question, really.

“I don’t think it will be serious, but with hamstrings, you’ve got to be very, very careful, not just with Callum, but with any player.

“As I say, we will wait and see the results and see how long he’s going to be out.”

But just to cheer Newcastle United fans up a bit this video of Bruno is very funny.

The other potential striker blow is in the pursuit of forward Joao Pedro.

Everton are likely to have a pot of money as The Times reports Chelsea are confident they can secure 21-year-old Everton attacker Anthony Gordon this week. Two bids were rejected last week and it is reported a package valued at more than £50million will likely be agreed on.

But would he go to Everton? These people think not.

Everton club captain Seamus Coleman is poised to make his first appearance of the season as the Toffees travel to Fleetwood in the Carabao Cup on Tuesday.

The veteran Republic of Ireland full-back has not featured in the Merseysiders’ first three Premier League games after undergoing groin surgery in the summer.

The 33-year-old has seen some action with the under-21s side and, after being an unused substitute for the last two first-team matches, is now ready to step up his comeback.

“If you look at the squad you can see some players who are ready to come in and play games and Seamus is in that position,” said manager Lampard ahead of the second-round trip to Sky Bet League One club Fleetwood.

“Off the back of his injury, typical Seamus, he has worked brilliantly to get fit. A game will surely help him.”