"Prime Ministers are not elected as agony aunts: we don’t need to hear their domestic eco-tips any more than their personal wellness ideas for managing NHS waiting lists. What the public needs is to hear how the next Prime Minister will tackle the climate crisis head-on.” 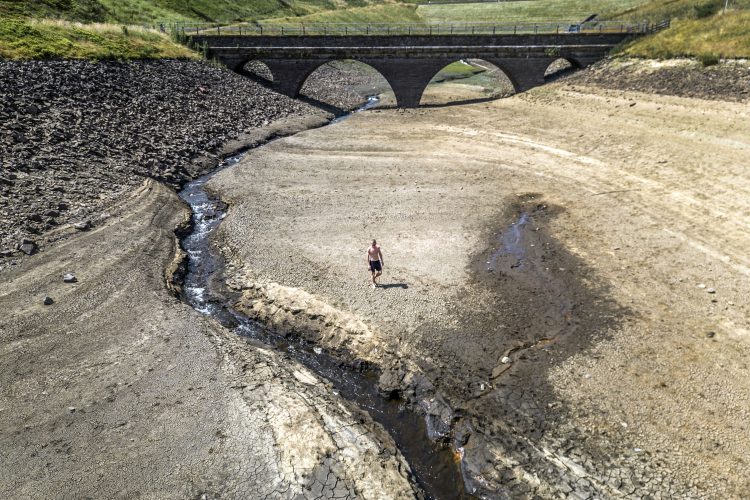 Green groups and campaigners including Chris Packham have written to the BBC to criticise “irresponsible” coverage of climate change during the Tory leadership debate.

It comes as England has had its driest July since 1911 so far this month, figures from the Met Office show.

The latest data reveals there has only been 15.8mm (0.6inches) of rain averaged across England, just 24% of the amount that would be expected in an average July.

The Met Office said that at this stage in the month – up to July 26 – the country would have expected well over three-quarters of the month’s rain to have already fallen in an average July.

Leadership hopefuls Rishi Sunak and Liz Truss were asked what three things should people change in their lives to help tackle climate change faster, in the televised debate which spent little time on the subject on Monday night.

Organisations and individuals including Greenpeace UK, WWF, Christian Aid, the Climate Coalition and naturalist and TV presenter Packham have signed the letter to the BBC complaining it is “unacceptable” to frame the climate crisis as an issue solely for individuals, not for Government, to tackle.

Failing to question the two candidates to be the next prime minister on their policy positions on the issue, coming just after the UK experienced record temperatures and widespread fires, was “far below the standards we would expect from the BBC”, the letter said.

It calls for the broadcaster to improve its coverage of the climate crisis as it covers the leadership race over the next few weeks, and for a guarantee that in future election debates climate change will be treated as an issue of governmental, not just personal, responsibility.

Max Wakefield, director of campaigns at climate charity Possible, one of the signatories of the letter, said: “In 2019 Possible campaigned for the televised leaders’ election climate debate because broadcasters were ignoring the severity of the climate crisis.

“Three years later, little has changed. Instead of asking Rishi Sunak and Liz Truss how they would patch the gaping holes in their climate plans, the BBC posed a question on what individuals can do at home.

“Prime Ministers are not elected as agony aunts: we don’t need to hear their domestic eco-tips any more than their personal wellness ideas for managing NHS waiting lists.

“What the public needs is to hear how the next Prime Minister will tackle the climate crisis head-on.”