Lord Heseltine said that Margaret Thatcher squandered billions from North Sea oil on a short-term consumer boom when she should have invested it. 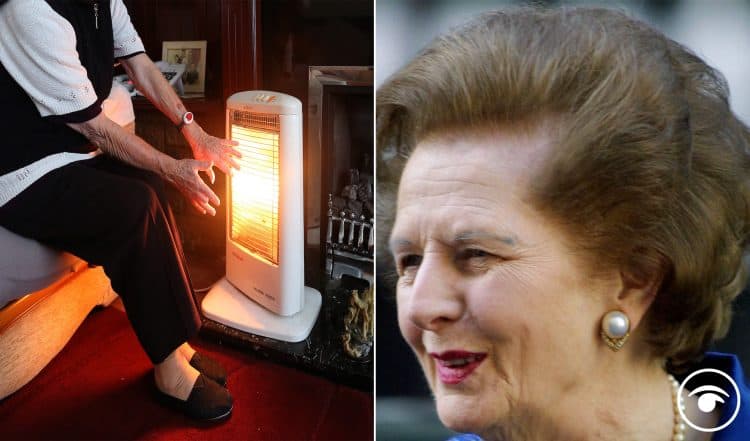 The price that you pay for your gas and electricity is set to soar by more than threefold from an already record level, according to a forecast that will worry millions of families.

Energy prices could spike at as much as £6,500 per year for the average household from next April, experts warned

The cost-of-living crisis is only set to get worse between now and next summer, as consultancy Auxilione predicted that the price cap on bills will gradually rise by more than £4,000 in the next eight months.

It appears the government is failing to stem the cost of living crisis and now inflation is now projected to hit 18 or even 19 per cent.

So what could have been done about it?

Looking back with anger George Eaton tweeted: “Had Britain’s tax revenues from North Sea gas and oil been invested rather than spent, they would now be worth £450bn – one of the world’s largest sovereign wealth funds.” (Via Andy Beckett’s When the Lights Went Out, 2009.)”

This argument might not hold so much sway now?

The UK didn’t save the revenues instead the Thatcher government used the income to pass on tax breaks.

Lord Heseltine said that Margaret Thatcher squandered billions from North Sea oil on a short-term consumer boom when she should have invested it.

He said: “This country over consumes and under invests. If I have a criticism, which I do, of the Thatcher philosophy… they had the incredible windfall of North Sea oil and basically it was spent on consumer boom.

“One of the manifestations of that was the mortgage interest tax relief which has long since gone, which subsidised house prices.

“In some ways my preference would have been less popular, because I wanted the money to go into investment, to create a sovereign wealth fund for example, and too much of it went into personal consumption.”

This video explains how it could have been very different if the government of the day had been more prudent with the vast income from the North Sea from the 80s onwards.

The cost to the environment and lack of savings from the fossil fuel extraction may leave a lot of people feeling cold, literally.