raised “concerns and conversations about how dark his skin might be when he’s born”. 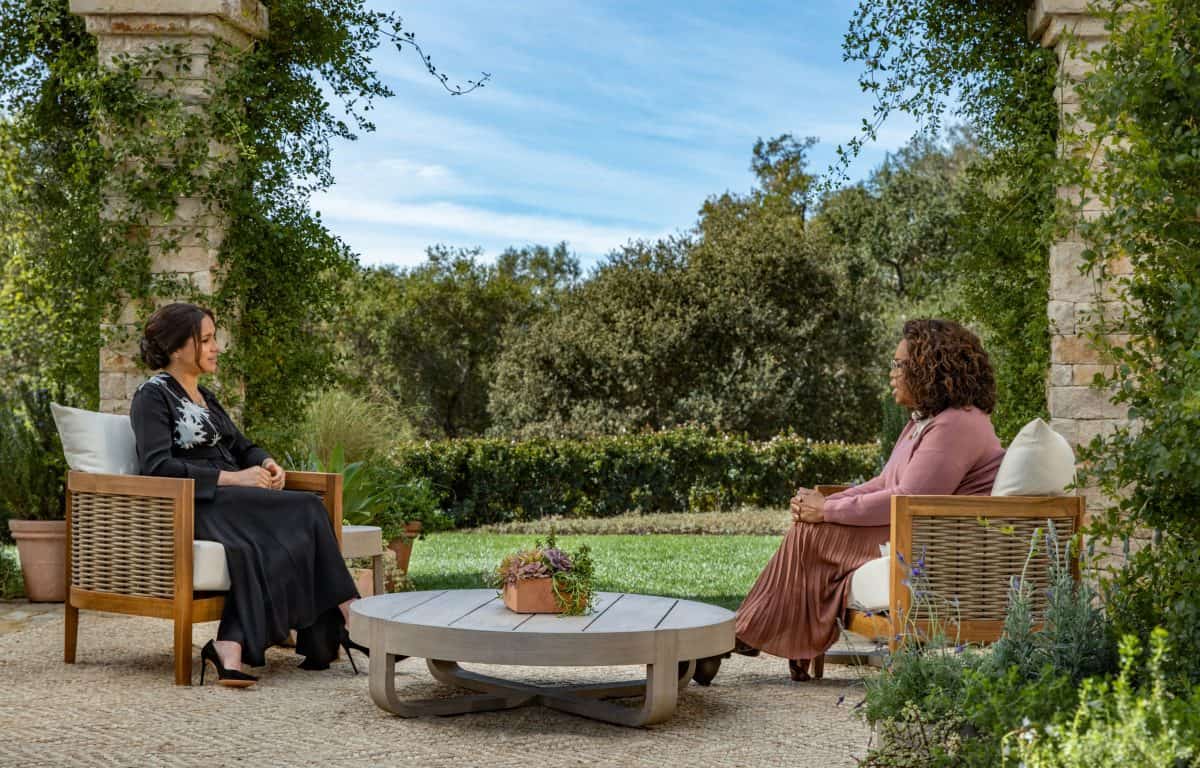 The Duke and Duchess of Sussex have accused the royal family of racism in shocking claims made during their Oprah Winfrey interview.

The American duchess is the first mixed race person to marry a British senior royal in modern history.

A stunned Winfrey asked: “What? Who is having that conversation?”

Harry refused to give further details, adding: “That conversion, I am never going to share. At the time it was awkward, I was a bit shocked.”

The duke said that none of his relatives spoke out in support of Meghan following the racism he said she faced in the media.

“No-one from my family ever said anything over those three years. That hurts,” Harry said.

“But I also am acutely aware of where my family stand, and how scared they are of the tabloids turning on them.”

Meghan spoke of her upset, particularly with the Commonwealth being such an important factor for the monarchy.

The duchess said: “I could never understand how it wouldn’t be seen as an added benefit and a reflection of the world today at all times, but especially right now, to go how inclusive is that you can see someone who looks like you in this family, much less one who’s born into it.”

The Sussexes have been vocal supporters of the Black Lives Matter movement.

Meghan previously delivered an impassioned Black Lives Matter speech to her old high school following the death of George Floyd in the US, sharing her “absolute devastation” at racial divisions.

Harry has also outlined his personal commitment to tackling institutional racism in a message to children and young adults at The Diana Awards ceremony.

But he admitted in the past that his privileged upbringing as a member of the royal family meant he had no understanding of unconscious racial bias.

Harry said it took him many years – and the experience of “living” in wife Meghan’s shoes – to recognise the issue.

The duke has himself been accused of racism in the past.

He was widely condemned in 2009 after being caught on film calling a former Army colleague a “our little Paki friend”, and in 2005 he caused outrage when he donned a Nazi soldier’s uniform complete with swastika for a fancy dress party.