Jeremy Corbyn attacked the sale of the i newspaper to the publisher of the Daily Mail, saying that “two billionaire press barons” now own half of the UK’s top 10 daily newspapers. 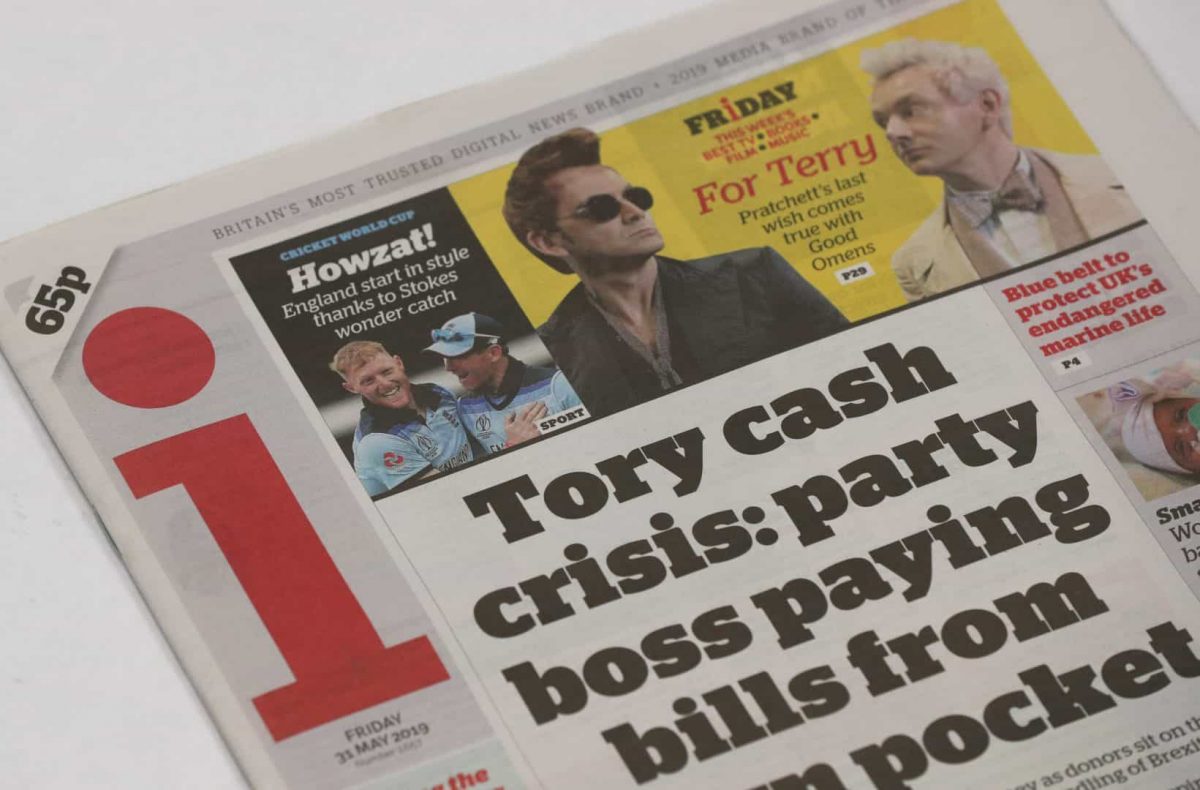 The government has told the Daily Mail’s owner that it is “minded to” intervene in its £50 million deal to buy the i newspaper amid public pressure and concerns about media plurality.

The owner of the Daily Mail DMGT announced the acquisition of the daily newspaper and website  from rival JPI Media in November  at a time when UK newspaper ownership becomes ever more concentrated.

Jeremy Corbyn attacked the sale of the i newspaper to the publisher of the Daily Mail, saying that “two billionaire press barons” now own half of the UK’s top 10 daily newspapers. During the election, the Labour leader complained that “the mainstream media have been very biased in their coverage.”

Independent reviews have revealed how vehemently biased newspaper coverage has been durign the election campaign.

The Department for Digital, Culture, Media and Sport (DCMS) said it has written to the Daily Mail and General Trust (DMGT) amid public interest concerns over the deal.

Last month, the competition watchdog launched an investigation into the deal to probe any potential regulatory issues.

On Thursday, Nigel Evans, minister for sport, media and creative industries, said the government was likely to intervene but had “not taken a final decision”.

In a written statement, the department said the deal could negatively impact the need for “a sufficient plurality of views in newspapers” in the UK.

The letter, to DMGT and JPI Media, said both parties have until January 13 to respond regarding these concerns.

Culture Secretary Nicky Morgan plans to make her final decision on whether an intervention is needed by the week commencing January 20.

If an intervention notice is issued, industry regulator Ofcom would then assess the public interest concerns of the move alongside the Competition and Markets Authority.

Since the deal was first announced, critics, including Jeremy Corbyn, said they were concerned that the new owner would push the i’s editorial line to the right – in line with its other publications.

But Lord Rothermere and i editor Oly Duff have both insisted that editorial independence would remain. The Reach group which owns the left-leaning Mirror and related papers recently acquired the Express and the Star newspapers while continuing to skew those papers’ politics to the right.

The i, was launched in 2010 as a compact sister version of the Independent, but time-poor readers liked the bite-sized news and it quickly overtook the Independent, which eventually closed and became an online-only operation.

In 2018, revenues were £34 million with £11 million in “cash operating income and operating profit”.