Hannah Bardell alleged Lord Maginnis launched a ‘homophobic attack’ on her after she raised his ‘abusive’ behaviour in Parliament. 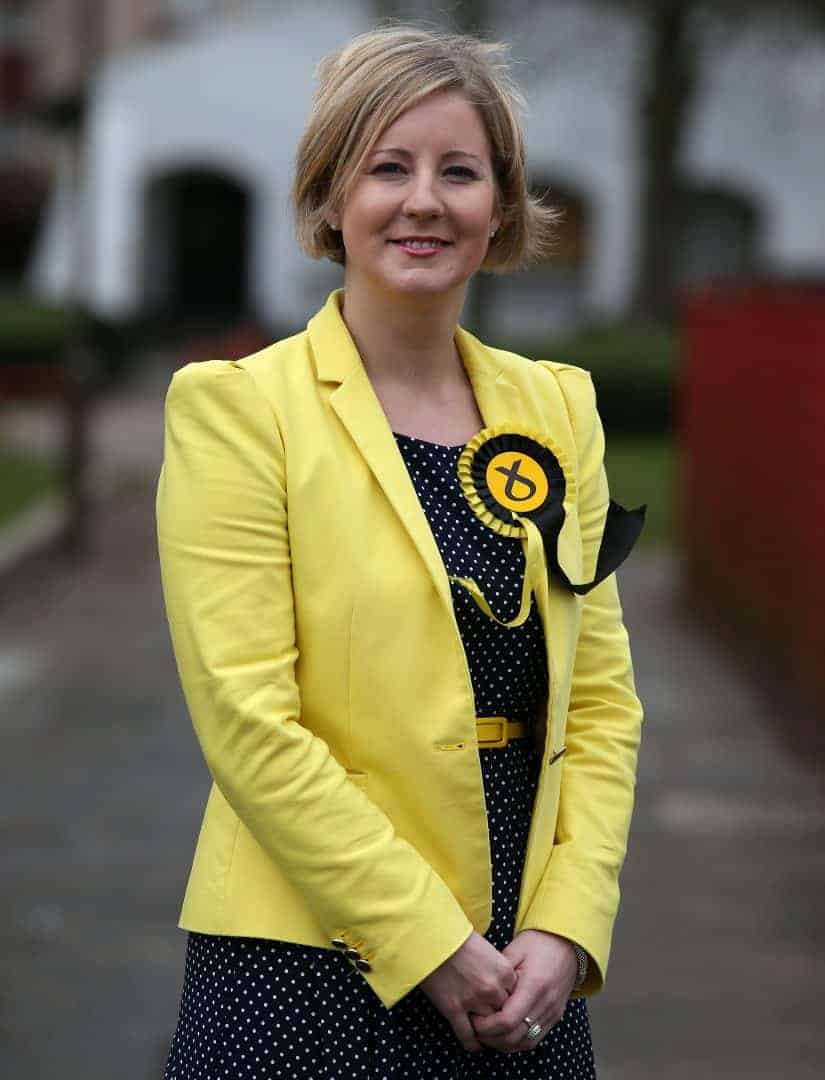 Police are investigating allegations of a hate crime at the House of Commons after a gay MP said a peer had called her a “queer”.

SNP MP Hannah Bardell said independent unionist peer Lord Maginnis launched a “homophobic attack” on her after she raised his “abusive” behaviour towards parliamentary staff when he forgot his security pass.

The HuffPost news website reported that Lord Maginnis did not deny the her claims and quoted him saying: “Queers like Ms Bardell don’t particularly annoy me. OK, she’s got her cheap publicity out of it.”

Speaking during business questions, Livingston MP Ms Bardell said: “I’m sorry to say that the member from the other place (the House of Lords) who I have complained about has now launched a homophobic attack on me in the press.

“This will be reported to the police and I know that I and others consider this to be a hate crime.”

The Metropolitan Police confirmed on Thursday evening that it was investigating an allegation of hate crime at the House of Commons.

A spokeswoman said: “The Met’s Parliamentary Liaison and Investigation Team is looking into an allegation of hate crime at the House of Commons made to them on Thursday January 9.”

Commons leader Jacob Rees-Mogg told MPs: “The attack on the honourable lady was unutterably disgraceful and she is clearly owed an apology by the noble lord for what he said about her.

“I think everybody who heard about that was shocked by the comments that he is reported to have made and has not denied.

“I think they are really appalling, and I know we are not allowed to criticise members of the other house, the other place, except on a specific motion, but I think under these circumstances we are allowed to stretch the rules.”

The Lord Speaker, Lord Fowler, said such language has “no place in Parliament”.

He added: “I am deeply concerned by recent reports of a member of the House of Lords directing offensive language towards parliamentary security staff and a Member of Parliament.

“The reported behaviour and use of such language is totally unacceptable and has no place in Parliament.

“We are working hard to build an inclusive and respectful environment, and behaviour such as this totally undermines our collective efforts.

“Security on the parliamentary estate is everyone’s responsibility.

“Any disregard for security rules is against the interests of us all. Our security staff do a difficult job with the utmost professionalism and deserve support from all members.”

On Wednesday, Ms Bardell, MP for Livingston, outlined the alleged incident to Commons Speaker Sir Lindsay Hoyle in a point of order.

She said: “Yesterday, on re-entering the building for the first time after Christmas, I witnessed one of the worst cases of abuse of security staff that I have seen in my time here.

“One of the members of the other place – who I will name so as not to incriminate anybody else: Lord Ken Maginnis – had forgotten his pass, something we’ve all been guilty of.

“However, instead of taking the advice of the security staff – who, as we all know, are here for our security and our safety – he proceeded to verbally abuse and shout at both the members of staff, calling them ‘crooked’, saying ‘did they not know who he was, he’d been here 46 years’, and refusing to take the advice and assistance of both myself, the security staff and the police that then attended.”

Lord Maginnis was formerly an Ulster Unionist Party MP and later represented the party in the Lords.

In 2012, he announced his decision to resign his membership after the leadership distanced themselves when he referred to gay marriage as “unnatural and deviant behaviour”.

His affiliation in the Lords since July 2013 has been listed as Independent Ulster Unionist.