On Netlfix, laughing, Dorries added: “Am I not supposed to do that?” 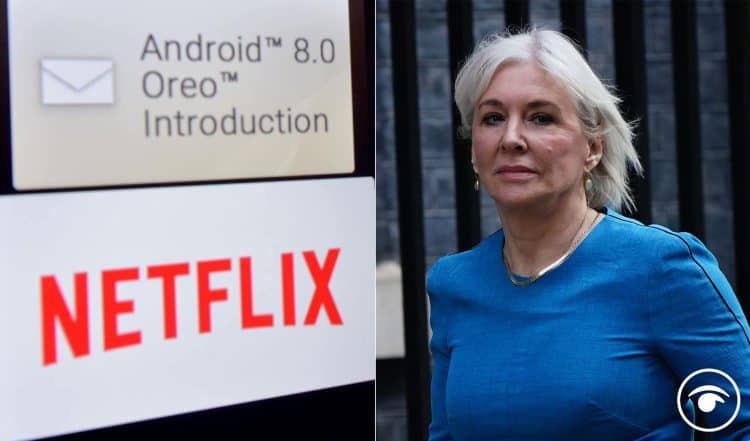 Culture Secretary Nadine Dorries has described Channel 4 News as “edgy” and said the programme sometimes has not done itself “any favours” in terms of impartiality.

Appearing before a Digital, Culture, Media and Sport Committee session about online safety and public service broadcasters, she was asked what she thought of the programme.

Ms Dorries said she “gets on really well” with presenter Cathy Newman and had been asked on by her a number of times in the past two weeks.

Apparently referring to eyewitness reports that former anchor Jon Snow shouted “F*** the Tories” while at Glastonbury Festival five years ago, she added: “I have been on Channel 4 News a number of times. It is edgy. I am not going to justify a news programme whose anchor went out shouting obscenities about the Conservative Party.

“So they didn’t do themselves any favours sometimes on the news programme and I think that is probably as much as I want to say about that.”

Ms Dorries was also questioned over the future of Channel 4 after the Government announced plans to press ahead with its privatisation.

John Nicholson MP tweeted: “In answer to my question #NadineDorries said she thought 96% of the 56,293 respondents in her public consultation supported privatisation. She was wrong. The opposite is the case – as I explained to her. 96% of those her department surveyed opposed privatisation.”

The Culture Secretary also admitted she shares her Netflix password with four other households across the country.

Nadine Dorries, 64, said four other people, including her mother, have access to her account with the streaming service, in breach of its terms and conditions which say users must live together.

Appearing before the Digital, Culture, Media and Sport Committee, she described the current system for subscribers as “incredibly generous”.

She added: “My mum has access to my account, the kids do. I have Netflix but there are four other people who can use my Netflix account in different parts of the country.”

Laughing, she added: “Am I not supposed to do that?”

Related: Dorries lampooned after saying PM’s have to be ‘honest’ with public