"Jack stood against everything you stand for - hatred, division, ignorance." 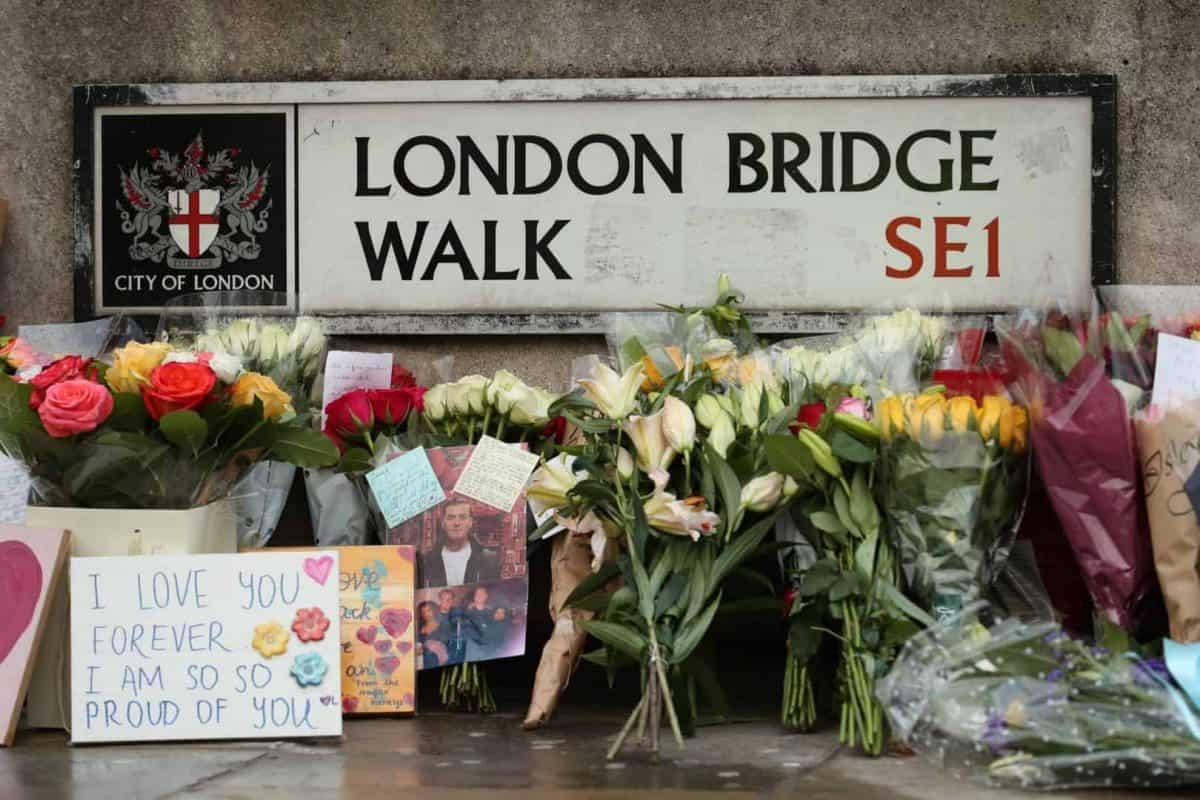 “Don’t use my son’s death, and his and his colleague’s photos – to promote your vile propaganda,” Jack Merritt’s father pleaded after almost identical front pages in right wing papers parroting the line from Conservative Party HQ.

Despite a decade in which the Conservative Party and their Liberal Democrat coalition partners have been in charge of law and order, and its (lack of) funding, Boris Johnson has been on the offensive this weekend to deflect any blame from his Home Secretary Priti Patel for releasing the convicted terrorist Usman Khan, 28, from Staffordshire, who stabbed five people on London Bridge on Friday.

Two friends, Jack Merritt, 25, and Saskia Jones, 23, who were stabbed to death on Friday had been at a conference celebrating the five-year anniversary of the Learning Together prison programme, where university students visit prison offenders to study together.

“Don’t use my son’s death, and his and his colleague’s photos – to promote your vile propaganda. Jack stood against everything you stand for – hatred, division, ignorance.”

Friends Jack Merritt and Saskia Jones were dedicated to the Learning Together prison programme and both graduates with Masters in Crinimology.

A statement by Jack’s family saiud the last thing he would have wanted would be for his death to be used for “draconian” government measures. It said:

“Our beautiful, talented boy, died doing what he loved, surrounded by people he loved and who loved him,” a statement said.

“He lit up our lives and the lives of his many friends and colleagues, and we will miss him terribly.

“Jack lived his principles; he believed in redemption and rehabilitation, not revenge, and he always took the side of the underdog.

“Jack was an intelligent, thoughtful and empathetic person who was looking forward to building a future with his girlfriend, Leanne, and making a career helping people in the criminal justice system.

“We know Jack would not want this terrible, isolated incident to be used as a pretext by the government for introducing even more draconian sentences on prisoners, or for detaining people in prison for longer than necessary.

“Our thoughts go out to the relatives and friends of his friend and colleague who died with him in this incident, to the colleagues who were injured, and to his brilliant, supportive colleagues at the University of Cambridge Department of Criminology.”

“Saskia was a funny, kind, positive influence at the centre of many people’s lives,” the family of Saskia Jones said in a statement.

“She had a wonderful sense of mischievous fun and was generous to the point of always wanting to see the best in all people,” they added.

“She was intent on living life to the full and had a wonderful thirst for knowledge, enabling her to be the best she could be.

“Saskia had a great passion for providing invaluable support to victims of criminal injustice, which led her to the point of recently applying for the police graduate recruitment programme, wishing to specialise in victim support.”

Nick Hardwick who fell out of favour with the Tory government for his dire warnings on the consequences of prison and parole cuts, told BBC’s Today Programme that a decade of slashing prison and probation service had made them much less able to keep the British public safe.

Vigil to be held to honour London Bridge victims

A vigil will be held on Monday to pay tribute to the victims of the London Bridge terror attack and to honour the emergency services and members of the public who responded to the incident.

The remembrance service at Guildhall Yard comes as West Midlands Police said a 34-year-old man arrested in Stoke-on-Trent on suspicion of preparation of terrorist acts has been recalled to prison due to a suspected breach of his licence conditions.

Officers from the West Midlands Counter Terrorism Unit held the man after a search of his home on Saturday. The force has said there is no information to suggest he was involved in the incident at London Bridge.

Khan, 28, was on licence and wearing an electronic monitoring tag when he launched the attack, which injured three others, after he was invited to the prisoner rehabilitation conference that Jack Merritt and Saskia Jones attended on Friday.

The event was organised held by Learning Together, a programme associated with Cambridge University’s Institute of Criminology.

The attack has prompted the Ministry of Justice to review the licence conditions of every convicted terrorist released from prison, which Prime Minister Boris Johnson said was “probably about 74” people.

Boris Johnson said he would take steps to ensure people are not released early when they commit serious offences.

But the family of Mr Merritt, from Cottenham, Cambridgeshire, asked for his death to not to be used to justify introducing “even more draconian sentences” on offenders in a heartfelt tribute released on Sunday.

Khan, who was living in Stafford, was given permission to travel into the heart of London by police and the Probation Service.

Convicted of terror offences in February 2012, he was released from prison on licence in December 2018, halfway through his 16-year prison sentence. He launched the fatal attack just before 2pm on Friday.

Armed with two knives and wearing a fake suicide vest, he was tackled by members of the public, including ex-offenders from the conference, before he was shot dead by police.

One of the three people injured in the attack has been allowed to return home while the other two remain in a stable condition in hospital.

No-one else is being sought over the attack.