They are not the only high-profile bakery to have come out in support of Labour - East London's Pavillion Bakery is also stamping “every cup every bag” with ‘Vote Labour’. 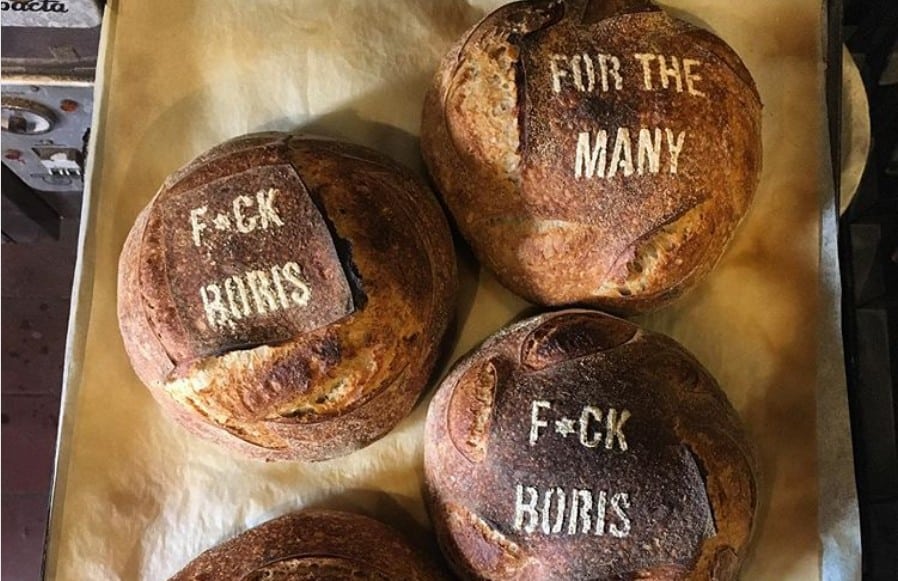 A Yorkshire bakery has backed Jeremy Corbyn in the upcoming election by imprinting its loaves with “F*ck Boris” and “For The Many” in the run up to 12 December.

Haxby Bakehouse in York has been branding its signature boules with messages such as “Tories Out” and “Corbyn” over a Nike swoosh as Britain prepares to head to the polls.

They have even dispatched a selection of them to Jeremy Corbyn himself, according to Eater, saying they are “proud to wave the red flag”.

There’s an election looming. So we best get baking. We’re hoping these will get to @jeremycorbyn himself tomorrow via @lisadarbyshire #forthemanynotthefew @yorklabour @uklabour

They are not the only high-profile bakery to have come out in support of Labour.

East London’s Pavilion Bakery is stamping “every cup every bag” with ‘Vote Labour’ in the run-up to 12 December.

The café-bakery business has three London sites in two Labour constituencies — Broadway Market in Hackney South and Shoreditch and Columbia Road and Victoria Park in Bethnal Green and Bow.

When stocks ran out he started stamping paper bags and coffee cups.

Speaking to Eater, he said: “I’ve always been a supporter of Corbyn.

“I want to use my platform to show what I believe in.

“I am in business to serve my customers a fantastic product but also play a role in the community, a community that gives opportunities to all and protects the most vulnerable in our society.

“The business is an extension of my beliefs and my personality.

“The customers understand my values and have always been supportive even if we disagree.”

Lucky Numbers and Horoscopes for today, 19 May 2021