Boris Johnson may have been glad to swerve another debate when Plaid Cymru's Adam Price said that as gay man he was profoundly offended by Boris Johnson referring to "bum boys in tank tops" and he was unfit for public office. 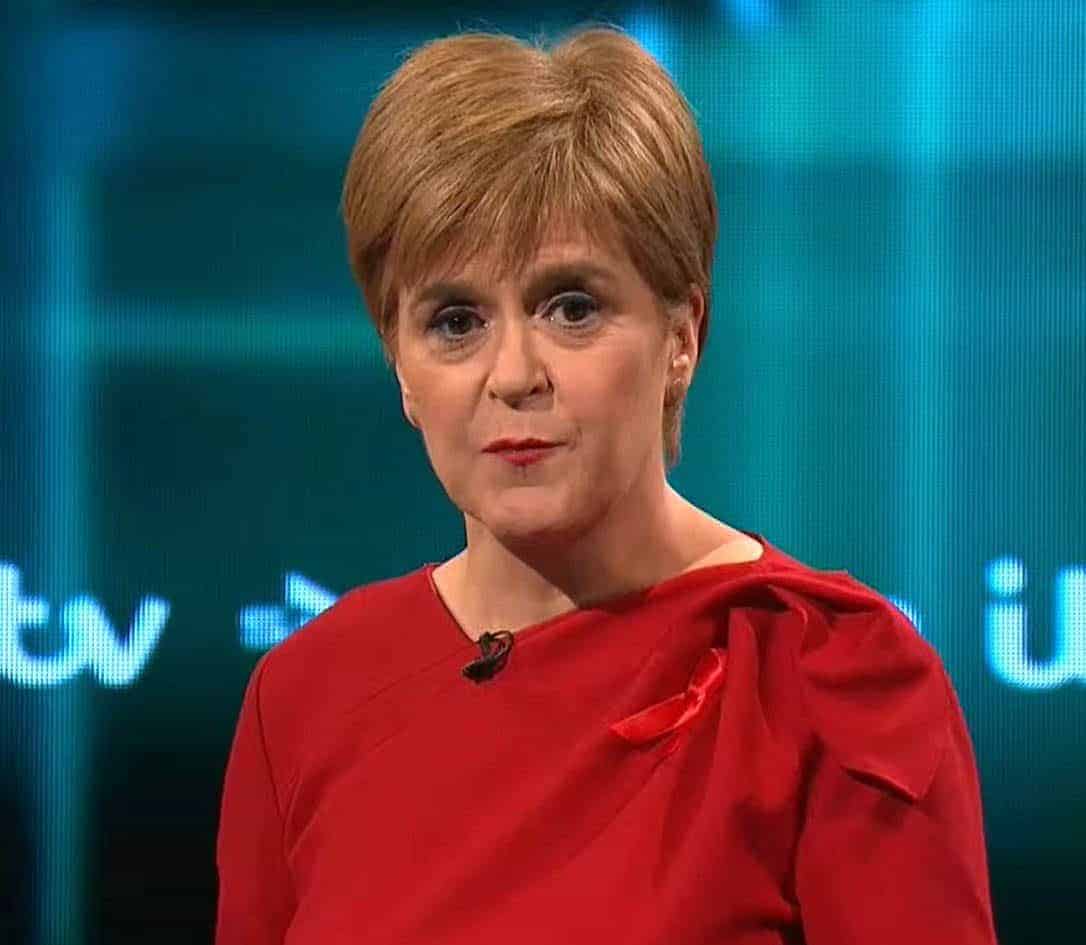 The SNP leader also cited Scotland ending automatic prison releases for serious offenders as she called for lessons to be learned from the London Bridge attack during the ITV election debate.

She insisted that the killer should not have been free to commit the attack. Rather than shoulder the blame with his Home Secretary Priti Patel for releasing the killer, Johnson had sought to blame “lefty governments” for allowing early releases for serious offenders o the Marr Show on Sunday, though Andrew Marr pointed out Tory governments had not reformed the law in nine years in government.

The Scottish First Minister and SNP leader argued that the lessons learned must “do a service to those affected by this atrocity”.

Responding to a question about the killings by Usman Khan, Ms Sturgeon said: “He shouldn’t have been out – I think we can all agree on that – and there are lessons that will be required to be learned.

“The most serious offenders, like this one, should be in jail for lengthy periods. In Scotland, we have ended automatic early release for prisoners sentenced to more than four years in prison. I think that is right, it should be up to the parole board to determine the safety of releasing somebody.”

Ms Sturgeon also called out Boris Johnson’s lie during his Andrew Marr interview that Parliament had blocked his Queen’s Speech and plans for tougher sentences, when the House of Commons voted in favour. She added: “There is an obligation here on a Prime Minister to try and bring people together in the aftermath of an attack like this, not to seek to politicise it for party political gain.”

Labour’s Richard Burgon, standing in for Jeremy Corbyn, explained that under the Tories: “Our justice system has been hollowed out, violent crime is UP, our prisons in crisis, our police overstretched.. – All happening at the same time as the Tories gave huge tax giveaways to richest few & big business.”

The debate, which also featured the leaders of the Liberal Democrats, Brexit Party, Greens and Plaid Cymru, as well as representatives for Labour and Conservatives, moved on to cover election issues including social care, the NHS, nuclear weapons and climate change.

Boris Johnson may have been glad to swerve another debate when Plaid Cymru’s Adam Price said that as gay man he was profoundly offended by Boris Johnson referring to “bum boys in tank tops”.

“Neither Trump or Boris Johnson are fit to be in public life,” he added to one of the biggest rounds of applause of the night.

On the subject of Brexit, Tory representative Rishi Sunak accused Ms Sturgeon of being wrong to claim the Prime Minister would not negotiate a new withdrawal agreement and warned that a Labour government supported by the SNP would lead to further political division from another Scottish independence referendum.

Ms Sturgeon responded by repeatedly challenging Mr Sunak about whether he could guarantee that there would not be a no-deal Brexit at the end of the next year if a trade deal had not been negotiated.

“We only move into the next – and probably more chaotic – part of the process, and of course a no-deal Brexit would be back on the horizon next year.”

Mr Sunak replied: “We already have a deal to leave the European Union and of course we will finalise the details next year.

“The point is we are talking about the future and we can only get to that future and move on if we actually first respect the result of the referendum and leave.”

When the issue of nuclear weapons was raised, Ms Sturgeon drew applause from the studio audience with her opposition to Trident and confirmation she would not use them.

The SNP has repeatedly called for the weapons system – based on the Clyde – to be scrapped, with Ms Sturgeon describing them as “immoral” and “a massive waste of money”.

Liberal Democrat leader and candidate in East Dunbartonshire Jo Swinson argued that the country should retain its nuclear deterrent, but move towards unilateral disarmament.

Richard Burgon asked about whether Labour would agree to another Scottish independence referendum, and said: “There is going to be no back-room deals, front-room deals or any kind of deals with the SNP or anyone else.

“We are going for – and I believe we can and will get – a majority Labour government and so we do not have the position of having a second independence referendum in Scotland in the early years of a Labour government.”

Ms Sturgeon, who wants another vote by the end of 2020, said: “I’m not asking Richard Burgon or Jeremy Corbyn to support independence, but I would be asking them – if the SNP hold the balance of power – to respect Scotland’s right to choose.”

“I don’t think they would turn their back on the chance to govern just to block Scotland’s right to choose,” she added.

And Richard Burgon appeared to shut Nigel Farage down fiercely, when he told him “there’s nothing independent about taking instructions from Donald Trump when he rings up LBC.”