The Health Secretary said the badge would giving them the same public recognition as NHS staff. 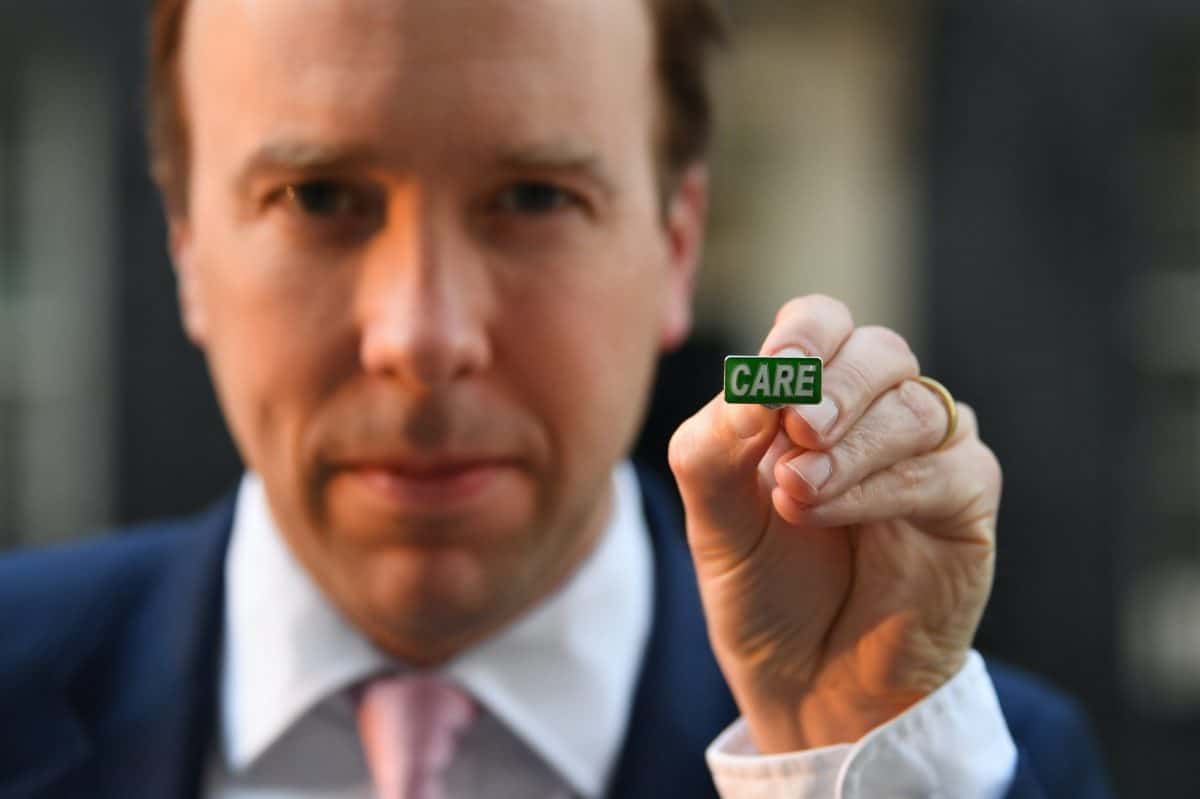 The Government has been criticised for offering social care workers a “badge of honour” as the sector continues to face huge pressure during the coronavirus pandemic.

Health Secretary Matt Hancock said on Wednesday that a single brand symbolising the entire profession would allow individual workers to “proudly and publicly identify themselves” during the outbreak, giving them the same public recognition as NHS staff.

But the move was met with criticism from industry figures, who pointed to the urgent need for more protective equipment and increased testing.

Pat on their head

Rehana Azam, national officer of the GMB union, said care workers “need more than a badge and a pat on their head to define their precious role in society”.

She said: “They need the protective equipment and testing on the front line now to protect their lives. Ministers should be moving mountains to support our care sector to get the kit workers need available where and when they need it.

“It will take far more than branding to get them the recognition and support they deserve and that battle will continue until care workers are treated the same as NHS workers.”

Speaking during the daily Downing Street press conference, Mr Hancock said: “This badge will be a badge of honour in a very real sense, allowing social care staff proudly and publicly to identify themselves, just like NHS staff do with that famous blue and white logo.

“I know that many businesses will want to offer the same recognition and benefits as they do wonderfully to the NHS.”

As he spoke the Health Secretary pointed to a green and white badge spelling out ‘Care’, which appears to be a badge that was launched in June 2019.

Andy Burnham, Labour mayor of Greater Manchester, tweeted in response: “Of all the things that long-suffering social care staff in England most need, I would put a badge close to the bottom of the list.”

And Barbara Keeley, Labour MP for Worsley & Eccles South, wrote: “A badge for social care staff? They need PPE, testing, decent pay and conditions and proper recognition of the vital role they do. But a badge?”

Edel Harris, chief executive of the learning disability charity Mencap, said that “beyond well-meaning gestures, such as a badge and new branding, we would much prefer to see funds available so that the hard working frontline social care workforce can be given a pay rise on a par with the NHS to really value the incredible work they do”.

Plans for the care sector, set out by Mr Hancock, also include increased testing and improved access to protective equipment.

He said the Government would also strengthen recruitment efforts to get tens of thousands of more staff into the profession.

It will pay for initial induction training, he said.

“Everyone knows the job isn’t easy, whether supporting people of working age, who are some of the most vulnerable in society, or supporting people and their families with dignity at the end of their lives, but I know what a fulfilling profession it is and I know that many will answer our call,” he added.

The Independent Care Group said the measures were long-overdue recognition of the vital role social care is playing.

“It feels like it has been a long time coming but at last social care is getting the recognition it deserves right down to the Secretary of State wearing his Care badge with pride and describing it as a badge of honour,” said chairman Mike Padgham.

“Now it is up to the Secretary of State to live up to his fine words and deliver on all fronts.”

Niall Dickson, chief executive of the NHS Confederation – which represents organisations across the healthcare sector, said: “Let this be the day we stop talking about health and social care as if they are two different worlds, as if the NHS and nursing homes have different values.

“We are in this together and, not before time, the Government has stepped in to proclaim parity for all forms of care and all staff working tirelessly to defeat the virus and save lives.

“The virus does not discriminate and nor must we – all care is equal.”

Ian Hudspeth, chairman of the Local Government Association’s Community Wellbeing Board, said: “Access to sufficient PPE and testing are vital to the safety of staff and the people they care for and we are pleased this plan provides assurance that these will be available.

“The current arrangements for accessing PPE by councils and care providers are not fit for purpose and are failing to provide what is needed on the frontline. It is vital that the arrangements set out in the plan are urgently translated to reality on the ground.”