Gov Whitmer said she was ‘really disappointed’ to see protesters close together without masks. 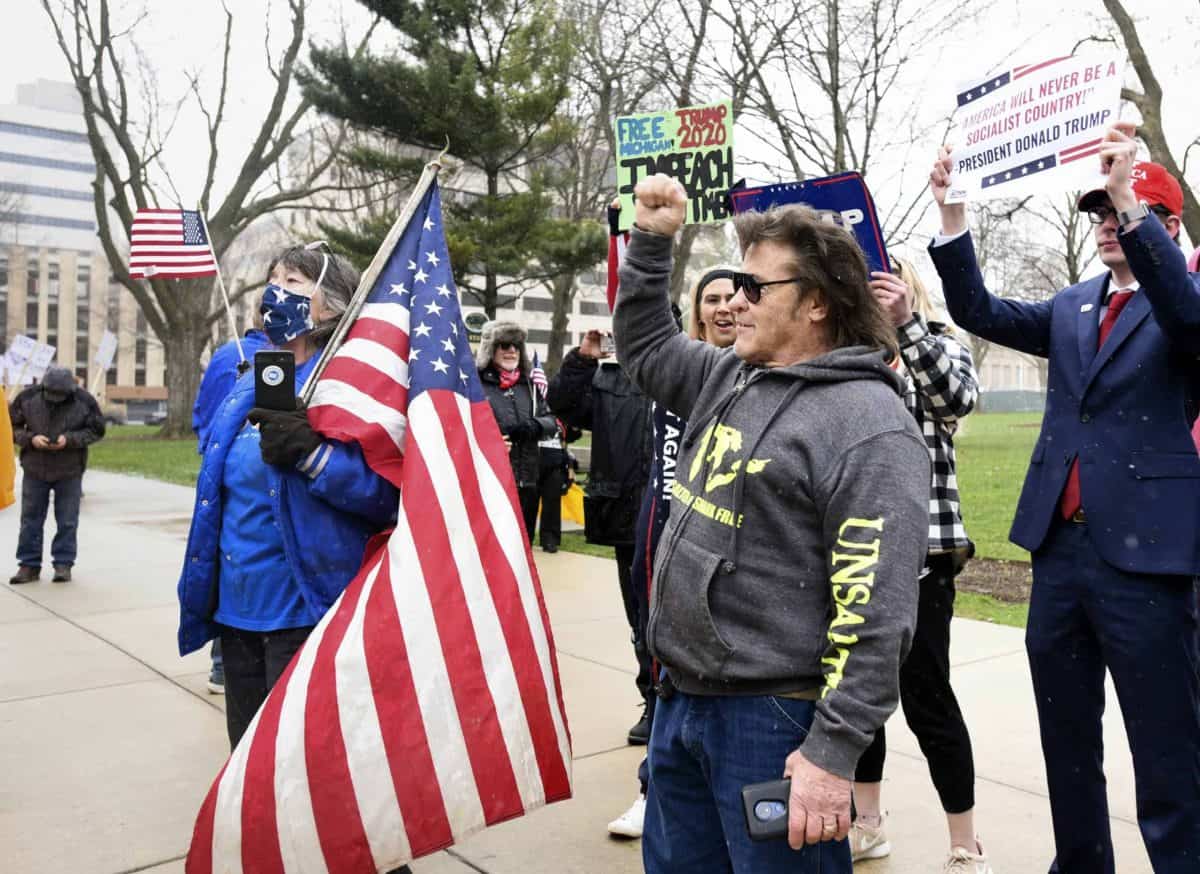 Hundreds of flag-waving protesters have driven past the Michigan Capitol to show their displeasure with Governor Gretchen Whitmer’s orders to keep people at home and businesses locked during the coronavirus outbreak.

As snow fell, others got out of their vehicles and raised signs, one of which read, “Gov Whitmer We Are Not Prisoners”. Another said, “Michigander Against Gretchens Abuses”.

The “Operation Gridlock” protest was organised by the Michigan Conservative Coalition.

“This arbitrary blanket spread of shutting down businesses, about putting all of these workers out of business, is just a disaster. It’s an economic disaster for Michigan,” coalition member Meshawn Maddock said. “And people are sick and tired of it.”

Gov Whitmer, a Democrat, extended a stay-home order through April 30 and has shut down schools and businesses deemed non-essential.

The governor acknowledged the pain but said the restrictions were necessary to stop the spread of the coronavirus, which causes a respiratory illness that has killed more than 1,900 Michigan residents and overwhelmed hospitals in the Detroit area.

Gov Whitmer said she was “really disappointed” to see protesters close together without masks.

“I saw someone handing out candy to little kids barehanded,” the governor told reporters.

“People are flying the Confederate flag, and untold numbers who gassed up on the way here or grabbed a bite on the way home. We know that this rally endangered people.

“This kind of activity will put more people at risk and, sadly, it could prolong the amount of time we have to be in this posture.”

During the rally, Republican House Speaker Lee Chatfield, who has urged Gov Whitmer to amend her orders, waved an American flag from a window at his Capitol office.

Related – Trump’s decision to halt WHO funding condemned by scientists