"Does morality not matter, does ethics, does following your own rules, does the rule of law not matter?" 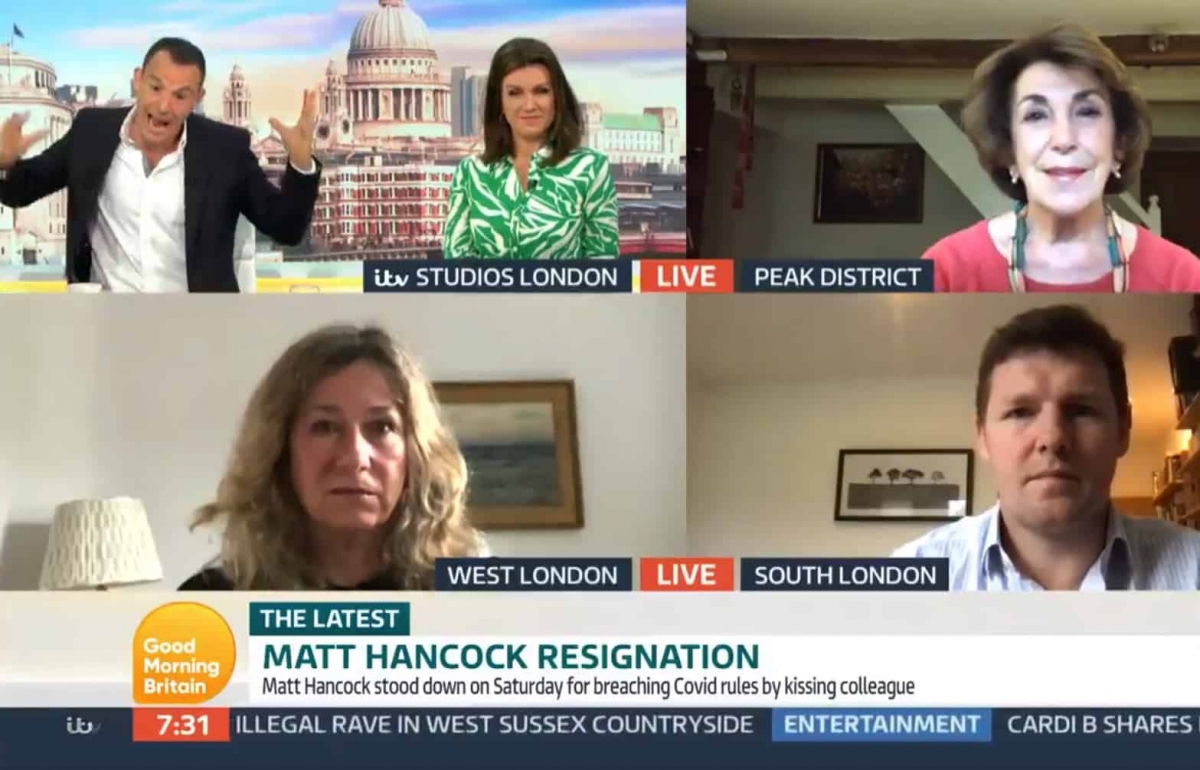 Martin Lewis got off to an explosive start as he teamed up with Susanna Reid on Good Morning Britain today.

“Is there any coming back from this?”

Earlier in the show Lewis argued that not only had Hancock damaged the reputation of the Tory Party, but UK politics as a whole.

It comes as the MP for Newmarket was forced to resign after pictures were leaked of him and kissing his aide Gina Colangelo despite the coronavirus measures in place.

He said that this scandal could prove to be the “final nail in the coffin for British politics,” adding:

“The reputation of politics in this country is fundamentally damaged.

“This just seems to be the final nail in the coffin.

“It is time we did something about it because if we don’t trust our politicians to do the right thing then our whole political democracy breaks down.

“Is there any coming back from this?”

“Does the rule of law not matter?“

Currie came out to bat for the former health secretary during a panel debate, saying he hadn’t lost trust in the government and that we should focus on the good job they have done during the pandemic.

But Lewis was having none of it.

Asking whether the rule of law matters anymore, he opined: “Can we not expect politicians to have both integrity and deliver results?”

'Does the rule of law not matter?'@MartinSLewis challenges @Edwina_Currie over her comments about cutting ministers 'a bit of slack.'

Reaction to Lewis’s debut on GMB has been pretty positive so far.

Me: why the fuck is martin Lewis reading the news on GMB

Only 20 minutes in, but Martin Lewis on #GMB seems a breath of fresh air?

Liking Martin Lewis presenting #gmb this morning, every question he's asked so far has been balanced and intelligent.