The voting was being closely scrutinised as a litmus test of whether the anti-immigration National Rally was gaining in acceptability. 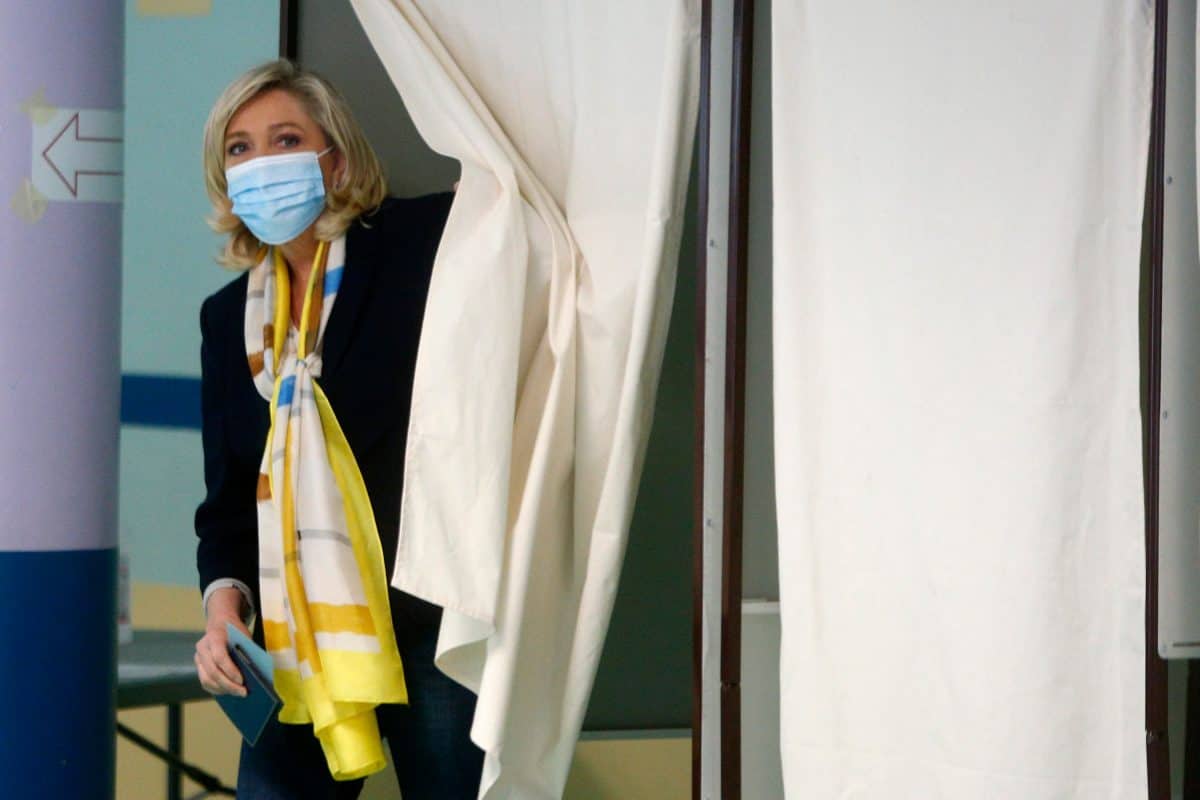 Mainstream candidates have delivered a stinging setback to France’s far-right in regional elections on Sunday, according to polling agency estimates.

The Ifop polling agency estimated that the far-right National Rally took just over 20 per cent of the vote nationally, trailing both the mainstream right and the combined weight of green and leftist candidates.

National Party leader Marine Le Pen quickly conceded that her party had failed to win any of mainland France’s 12 regions. She immediately started looking forward to next year’s presidential vote, but her party’s showing on Sunday suggests that it remains anathema to many voters.

Most notably, polling agencies said the National Rally was roundly beaten in the southeast, in the region that had been seen as its best chance of securing a breakthrough victory in the balloting for regional councils.

As in previous national and local elections, voters appeared to have come together to prevent a National Rally breakthrough.

Mainstream candidates crowed that they had delivered painful blows to the anti-immigration party. No region changed camps, with the mainstream right keeping the seven it had previously and the left still in control of the other five, according to polling agencies’ projections.

On the mainstream right, Xavier Bertrand claimed that the National Rally was not only “stopped” in his region, the Hauts-de-France in the north, but “we made it retreat greatly”.

Although focused on local issues, and marked by record-low turnout, the regional voting was closely scrutinised as a litmus test of whether the anti-immigration National Rally was gaining in acceptability before the 2022 presidential election.

Ms Le Pen has spent a decade trying to cast off the extremist reputation that made the party anathema to many French voters in its previous guise as the National Front. The party’s failure to win a region suggests that Ms Le Pen and her party remain unpalatable to many.

Voter interest was tepid, with turnout nationwide at less than 30 per cent by late afternoon.

A record-low turnout of 33 per cent in the first round of voting on June 20 proved particularly damaging for the National Rally and Ms Le Pen’s hopes of securing a regional breakthrough to bolster her 2022 presidential campaign.

Polls had suggested that Ms Le Pen’s party had some momentum, but that was not borne out at the ballot box.

A major question in the runoff had been whether voters would band together to keep Ms Le Pen’s party out of power as they did in the past, repulsed by her anti-immigration and anti-European Union populism and the racist, anti-Semitic image that clung to the National Front, which was founded by her father, Jean-Marie Le Pen.

The party dominated the first round of the last regional elections in 2015, but also collapsed in the runoff as parties and voters joined together against it.