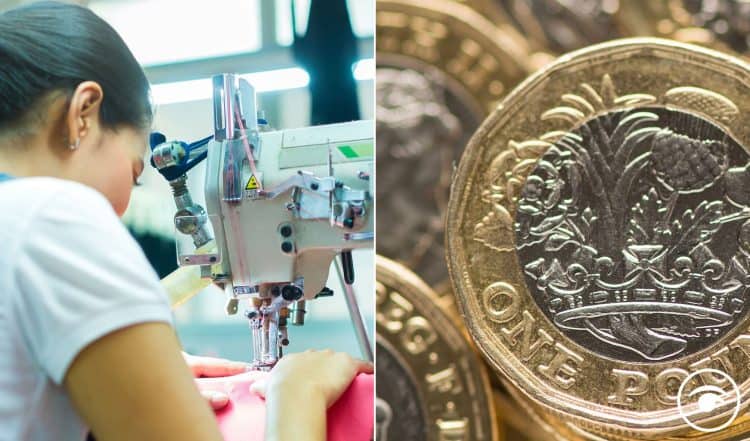 Low-paid workers do not report being underpaid because of fear and insecurity, a new report warns.

The Low Pay Commission (LPC) said the process for reporting abuses is not working for the most vulnerable employees.

It studied non-compliance and enforcement of the minimum wage in Leicester’s textiles industry, saying that, since 2020, multiple agencies have carried out large-scale joint enforcement operations in the area, partly in response to reports of exploitation and underpayment.

Enforcement bodies have found relatively modest non-compliance in Leicester, while commissioners spoke to other bodies and individuals who believed non-compliance to be “widespread and flagrant”, said the report.

LPC chairman Bryan Sanderson said: “The evidence we heard from workers in Leicester was striking.

“These same factors mean they are unlikely to report abuses, which undermines efforts to enforce workers’ rights.

“The case of Leicester is not unique. Across the UK, workers in precarious positions face the same obstacles, with the same consequences for enforcement.

“The problem demands comprehensive action, including to give these workers greater security over their hours and incomes.”

The commission said the process for reporting abuses does not work for the most vulnerable low-paid workers, and fails to engage third-party bodies workers may trust more.

Older people are starting to return to work amid the ongoing cost-of-living crisis, new research suggests.

A study found that economic activity levels among the over-50s are at their highest since the pandemic began.

Rest Less, which offers advice to older people, said its analysis of official statistics appears to show the first signs of a return to the long-term trend of more economically active people over the age of 50 – a decades-long trend which it said was reversed by the pandemic.

Its analysis shows there was an increase in economic activity (those in work or looking for work) of 116,000 among the over-50s in the past year.

More than half of the increase was driven by men over the age of 65, said the report.

Rest Less chief executive Stuart Lewis said: “Older workers have been leaving the jobs market in their droves over the past two years, partly due to many re-evaluating what they want from their lives and careers during the course of the pandemic, but also due to the devastating impact the pandemic had on the prospects for many older jobseekers, who felt they had no choice but to leave the workforce.

“In some ways the pandemic forced the hands of many and gave them an opportunity to trial retirement. One member in his 60s decided to retire when the care home he was working in closed during the pandemic. Two years later, he is missing the social interaction that comes with work and is back on the job hunt.

“An early retirement can often seem like a dream when you’re stuck in the thick of the daily grind, but, for many, giving up work abruptly can also result in a loss of structure, social connections and purpose which can leave people feeling lost at times. We often forget just how much of our social network and contacts come from the work environment.

“At the same time, with spiralling inflation and volatile financial markets impacting pension funds, some people who thought they could retire comfortably during the pandemic are now having to unretire and find work again to bring in some extra income and top up their pensions whilst they still can.”