Taking services away from public organisations threatens their viability and the private companies are not usually interested in the tricky stuff- anyone really want to run a A+E department? 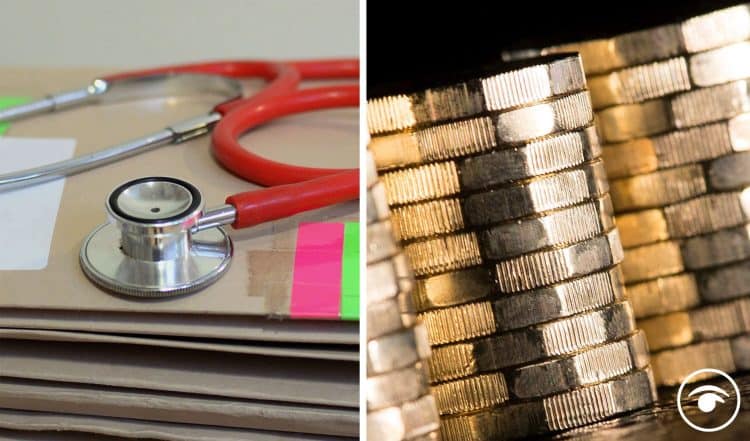 Is privatisation bad for your health?

A recent study published in the Lancet would suggest so.

This study looked at the explosion in the outsourcing of health services that followed the 2012 Health Act (the notorious ‘Lansley reforms’). They found that the rates of ‘treatable deaths’ increased more in areas that had high levels of outsourcing outside the NHS (see below).

‘Treatable deaths’ are deaths that would have been avoidable if the right treatment was available, an example would be a patient who dies of a heart attack whilst waiting for a bypass.

They showed that since 2011 total treatable deaths increased significantly (which is notable in itself), and that areas that outsourced more had higher death rates than otherwise would be expected.

This is a disturbing finding. How can we explain this, and what does it mean for the NHS in the future?

The study looked at ‘Clinical Commissioning Groups (CCGs)’, who held the budgets for local NHS services and made decisions on this. I was Chair and lead GP for one of these during this period. The 2012 legislation put pressure to put services out to tender, allowing private companies a slice of the NHS cake. Our CCG in this study has one of the lowest rates of outsourcing, but it took a lot of effort to resist the trend. A number of us were deeply sceptical about the alleged benefit of private involvement, and to keep the services within the NHS was important to us.

There are a number of sound arguments against outsourcing and privatisation: Taking services away from public organisations threatens their viability and the private companies are not usually interested in the tricky stuff- anyone really want to run a A+E department? Is there any profit to be made from older people’s care? ‘Cherry picking’ is rife.

Private companies motivated by profit answer to share-holders, not the public. They tend to prioritise the wrong things and take money out of the public system.

But could they really increase death rates? They could do if cost-cutting affected quality of care. But quality of care is notoriously hard to measure.

The study shows a link, or a correlation to death rates, but the authors avoid concluding a direct causation.

Typical services that are outsourced are not high mortality specialities such as heart surgery or geriatric medicine. They tend to be services like physiotherapy, cataract surgery or district nursing. It is hard to see how they could have a major direct impact on the death rates in total.

The answer probably lies in understanding what was happening during this time, and the overall consequence of high levels of privatisation in a local health system, especially one that is short of cash.

The authors themselves suggest two possible reasons for the link. The first is that the privatised services operate poorer quality services; they suggest that whilst this may be true the evidence is not there for the death rates in privatised services being different (although given the NHS has to take more complex and poorly patients and the private providers can ‘cream skim’ healthier patients, death rates should in fact be lower for private providers).

The second possible explanation is that by diverting resources to outsourcing, and prioritising spend in those services, the remainder of the NHS services become more under pressure. This is a compelling argument, commissioned outsources services tend to prioritise cost and measurables such as waiting times, rather than longer term quality.

The graph above also highlights something even more obvious. Treatable deaths were falling until 2010. At this point the Coalition government was elected and public services entered a decade of austerity (which is ongoing). After 2011 the graph shows a clear upward trend in deaths which is still heading the wrong direction.

This study supports the growing evidence that underfunded public services, and probably privatisation costs lives. Even if this did not directly kill these people, there are real people that would have lived longer if it was not for these policies.