“You can see the Ukrainians digging ditches and filling sandbags and we’re over here struggling with paperwork and bureaucracy. Quite frankly. I feel ashamed to be British right now." 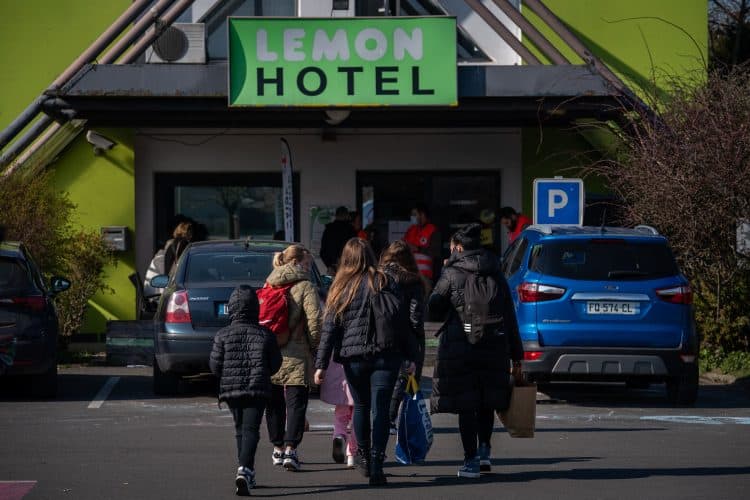 A British man trying to get his young daughter and ex-partner out of Moldova after they fled Ukraine has said the visa process is “absolutely diabolical”.

The two-year-old daughter and ex-partner of Sam Croucher left the war-torn country on February 25 and he managed to get them booked into a hotel in Moldova, where they have remained for almost three weeks.

Mr Croucher, who has been trying to organise visas, told Sky News: “[The process] has just been absolutely diabolical.

“The Government has been doing a lot of talking but no action, quite frankly.”

Mr Croucher, who is based in Southampton, added that the “communication has been terrible, the people on the phone are not very helpful at all. He said he spoke to someone on the phone who repeatedly confused Moldova with Dover in Kent.

“That doesn’t give you much confidence in the system,” he said.

The Ukraine Family Scheme allows the family members of those settled in the UK and British nationals to seek refuge in the UK, so long as they pass security checks.

Family members include children who are under 18 and parents of children under 18.

Mr Croucher had said he is still waiting for his daughter’s UK passport, despite her meeting all the criteria, so he is unsure why the process is “taking so long”.

He has tried calling the Home Office, visa centres and Foreign, Commonwealth and Development Office but has been met with automated messages or told someone will get back to him and they do not.

“You can see the Ukrainians digging ditches and filling sandbags and we’re over here struggling with paperwork and bureaucracy. Quite frankly. I feel ashamed to be British right now,” he said.

He added that his family are safe but feel “massively frustrated” and “let down by the UK Government, as am I”.

A Government spokesperson said: “We have expanded our Visa Application Capacity… deployed additional staff across the EU, with a 24/7 helpline in place to ensure those who need appointments can get them to come here. This allows us to balance security risks while welcoming those in need.”