The great escape commences. "As expected, the train is crammed", one person said. 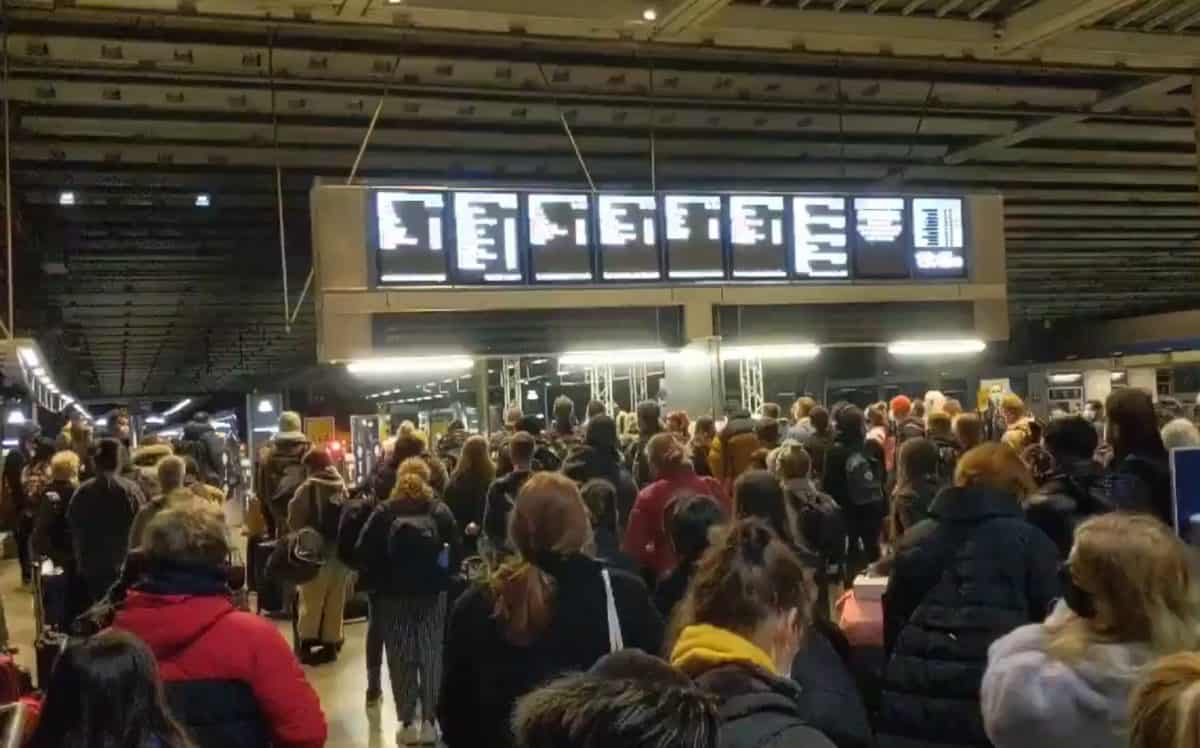 Footage of the last few trains out of London has surfaced this evening after Boris Johnson announced new ‘tier 4’ restrictions for the capital.

The new rules come into effect at midnight, and are essentially a repeat of the four-week lockdown in November – meaning non-essential retail, leisure venues and services like hairdressers will not be allowed to open.

Posting on Twitter, she said: “As expected, train is crammed. Announcement on tannoy says social distancing “will not be possible” due to volume and to get off if you are not comfortable with that.

“To make matters worse, we’ve been told this train will be taken out of service at Derby. We will all get off and board a new train, no doubt mixing the virus amongst ourselves as we reorganise with new seat partners.”

Last train out of Saigon. Queue at St Pancras as we wait to board the Leeds bound train. pic.twitter.com/cFDBDNnYFC