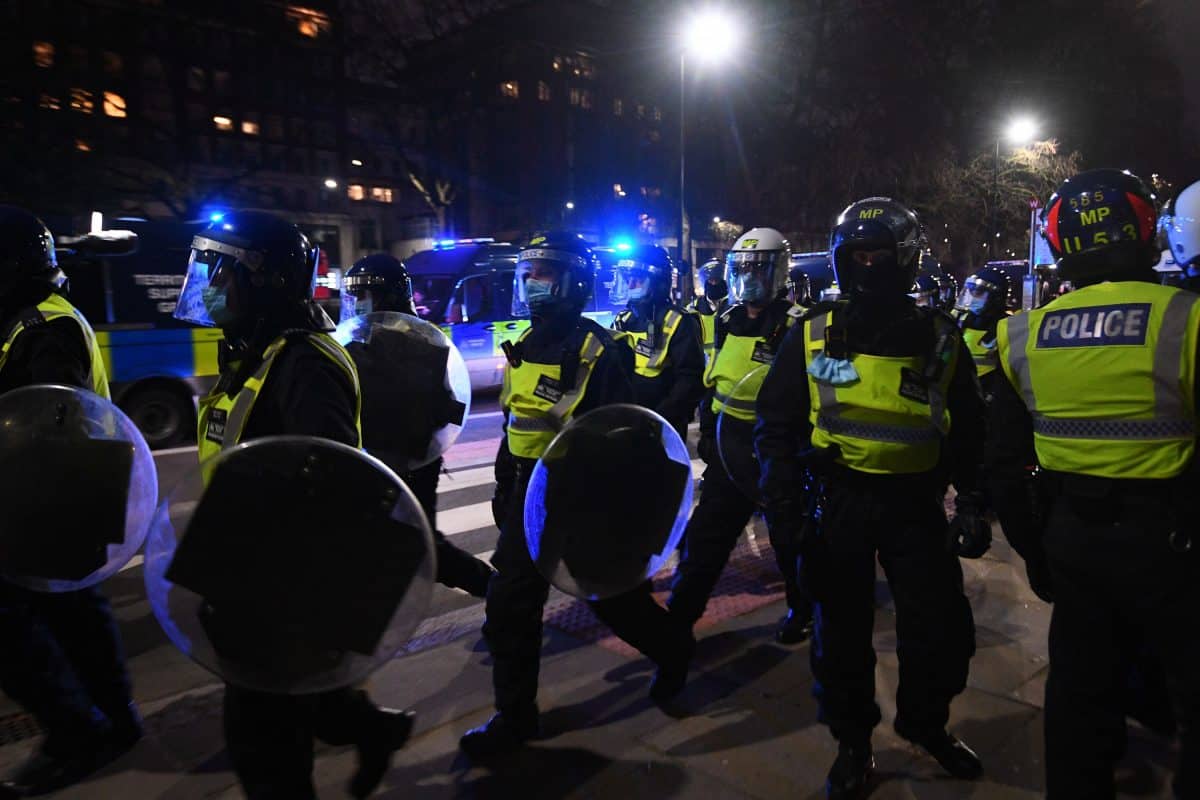 At least 36 people were arrested at an anti-lockdown protest in central London which saw crowds hurling missiles at police and assualting officers.

Thousands of people joined Saturday’s demonstration, which travelled from Hyde Park to St Paul’s Cathedral and back to Westminster, ahead of the anniversary of the first UK lockdown which began on March 23 last year.

It came after more than 60 MPs and peers signed a letter warning that allowing the police to criminalise people for protesting “is not acceptable and is arguably not lawful”.

The Metropolitan Police walked with protesters on their route along Oxford Street, Chancery Lane, the Embankment and Parliament Square before heading up Whitehall.

Among those attending the march were controversial actor Laurence Fox and Piers Corbyn, brother of the former Labour Party leader Jeremy.

Crowds that gathered in Trafalgar Square were dispersed, while other demonstrators returned to Hyde Park.

But police were met with more hostile responses there later in the evening, as protesters threw bottles and cans at them and some officers were later forced to run back to their vans.

I would rather die than live in fear. pic.twitter.com/tduJdzIrKZ

Members of the public left the park, with small children carried by their parents.

The Met said 36 people had been arrested by 6.45pm, many for breaching Covid regulations.

Deputy Assistant Commissioner Laurence Taylor, who led the policing operation, said while the majority in attendance caused no trouble, there were pockets of disorder with crowds throwing bottles and other missiles and a number of officers were assaulted.

On a challenging day for the force, officers tried to explain to people their actions were unlawful under Covid-19 regulations, and encouraged them to go home to protect themselves and others during the public health crisis.

“Where this approach did not work and officers were met with hostility, police enforced the regulations and made arrests,” he said.

DAC Taylor added: “We once again saw police come under fire from missiles thrown by people in crowds, and several were injured as a result of targeted assaults.

“It is totally unacceptable and saddening that officers enforcing regulations that are there to protect us all were the victims of violent attacks. I wish them a speedy recovery.

“Many of those on duty in central London today should have been in their local communities dealing with violent crime and other local issues, but they played a role in reducing the risk of Covid-19 spreading by dispersing crowds.”

Saturday’s clashes come a week after the Met faced criticism for its handling of a vigil on Clapham Common in memory of Sarah Everard.

The MPs’ letter  said such “shocking scenes” were “entirely avoidable” if the Government had provided guidance to police and ensured protests were clearly exempt from the ban on gatherings under lockdown.

It was addressed to Home Secretary Priti Patel and Health Secretary Matt Hancock, and was co-ordinated by Liberty and Big Brother Watch,