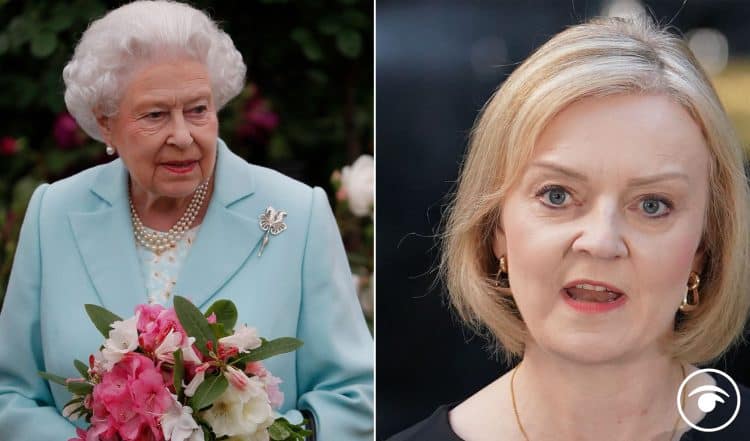 Liz Truss has insisted Britain must show it does not fear what lies ahead after “our lives changed forever” following the death of its “icon” Queen.

The Prime Minister said the King “bears an awesome responsibility that he now carries for all of us”, adding: “Even as he mourns, his sense of duty and service is clear.”

Ms Truss added the British people, the Commonwealth and all MPs must support Charles as he takes the country forward to a “new era of hope and progress, our new Caroleon age”.

Ms Truss said the Queen “remained determined to carry out her duties” even at the age of 96, noting: “It was just three days ago at Balmoral that she invited me to form a Government and become her 15th prime minister.

“Again she generously shared with me her deep experience of government, even in those last days.”

So what else does she need to pay full tribute?

Here are a few of her trying to look like Margaret Thatcher.

Here she is as well!

She shared the picture and wrote: “On behalf of a grieving nation I offer my deepest condolences on the passing of Her Majesty.   She was the rock on which modern Britain was built.   The thoughts of this government and this nation are with His Majesty The King and his family.”

One for the football fans out there…