People Before Profit statement on ‘outdated and utterly unjust’ monarchy

"Charles and the Royals' mansions will stay warm this winter, whilst pensioners and working class people will struggle to pay their bills amidst an energy crisis." 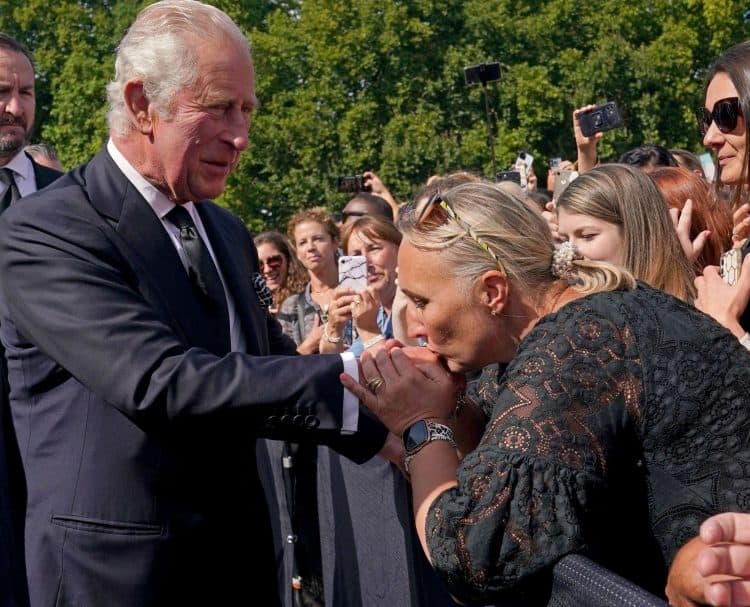 A period of royal mourning will be observed from now until seven days after the Queen’s funeral.

But one group has said that this should signal and end to the monarchy.

Buckingham Palace said royal mourning will be observed by members of the royal family, royal household staff and representatives of the royal Household on official duties, together with troops committed to ceremonial duties.

The date of the funeral has yet to be confirmed.

The palace said on Friday morning: “Following the death of Her Majesty the Queen, it is His Majesty the King’s wish that a period of royal mourning be observed from now until seven days after the Queen’s funeral.

“The date of the funeral will be confirmed in due course.”

Royal Salutes will be fired in London on Friday at 1pm in Hyde Park by The King’s Troop Royal Horse Artillery and at the Tower of London by the Honourable Artillery Company, with one round being fired for each year of the Queen’s life.

Time to end the monarchy?

While the nation mourns the death of the Queen, People Before Profit argue that now is the time to abolish the monarchy entirely.

The full People Before Profit statement is below:

“Though it may seem an uncomfortable reality for some, the death of such a long-standing monarch such as the British Queen raises questions about the existence of the monarchy.

“As an institution, the monarchy has represented a figurehead for colonialism and the personification of societal inequality – a friendly face for a status quo which punishes ordinary people.

“As such, the death of any monarch is an inherently political event. The passing of the Queen should signal the time for monarchy – an outdated and utterly unjust tradition – to end. The time for palaces for the ‘entitled’ and poverty for the rest is over. Indeed, the time for pretending that colonialism was anything other than a bloody, racist, imperialist venture should be gone.

“Instead, attempts are already well underway to paint the Royal Family as some sort of benign, cuddly, hard-working representatives for us all. Despite multiple scandals causing support for the institution to plummet to record lows, the establishment are working overdrive to brush under the carpet the record of British imperialism, as well as the vast unearned wealth, power and privilege that gets handed over to one family with a disregard for democracy at every turn.

“Indeed, no time was lost yesterday in announcing that Charles will be King. Without a single vote cast, Charles will rule over tens of millions of people with a dynasty of billions of pounds in its coffers and landed estates right across Britain.

“It’s worth remembering, too, that in June this year it was reported that Charles received suitcases full of cash from the Qatari Prime Minister as a ‘charitable donation’. And in 2018, his estate was caught up in the Paradise Papers, which exposed how the rich and powerful stash their wealth offshore.

“Charles and the Royals’ mansions will stay warm this winter, whilst pensioners and working class people will struggle to pay their bills amidst an energy crisis. Much has also been said about contributions to Anglo-Irish relations.

“But the Irish working class have never needed privileged elites to reconcile us with our working-class brothers and sisters in Britain. And there is nothing anti-British about hostility to monarchy.

“The Tories, the right-wing press and the rest of the establishment across Ireland and Britain, will use the Queen’s passing to try and distract from the brutal reality facing communities in this cost-of-living crisis. They will attempt to generate a sense of ‘national unity’, covering over the hardship millions will face this winter.

“Certainly, there will be no mention of how Buckingham Palace tried to use a state poverty fund for heating costs. This institution is no friend to the working class and they should be honest about that.

“People Before Profit are clear: a different kind of society is long overdue, one where palaces for the lucky and poverty for the many is not the norm. Instead of deference to monarchy, working-class solidarity, of which there is a long and rich history, is needed now more than ever.”

Related: Watch: CNN reporter asks British woman in Windsor what she thought of Queen and didn’t get response he expected