"Boris Johnson may have been our worst prime minister ever, but that doesn't mean Liz Truss can't be worse," wrote Edwin Hayward. 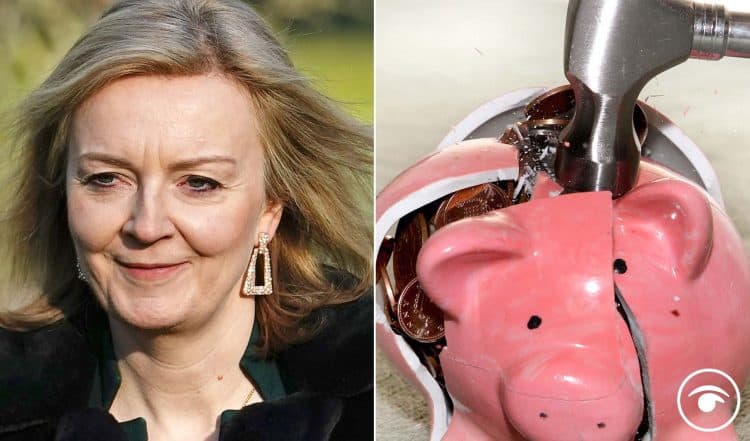 He asked: “Will borrowing billions of pounds, you say over £30billion increase or decrease inflation?”

Mr Robinson interjected: “Really? You don’t point to a single Chancellor or a single Governor of the Bank of England, a single leading economist who thinks that cutting taxes with borrowed money does anything other than increase inflation.

Ms Truss hit back: “Patrick Minford. He’s written an article about it this weekend.”

Samuel Tombs, chief UK economist at Pantheon Macroeconomics, said that Ms Truss would likely have to borrow more money to fund her cuts.

“We doubt that these tax cuts could be even half-funded by spending reductions elsewhere, suggesting that the chances of the Government eventually running a current budget surplus in the mid-2020s, as currently planned, would be remote under a Truss premiership,” he said.

Mr Shaw said that tax cuts would help if the economy was struggling, but “obviously, that is not where we are right now”.

“The use of tax policy to stimulate the economy would be justified if we were about to enter a sharp downturn, perhaps supplementing interest rate cuts,” he said.

So what else has Mr Minford predicted before?

He once predicted that leaving the EU without a deal would have boosted the UK economy by £135 billion a year.

It comes as the UK’s Brexit divorce bill could soar to £42.5 billion after the Treasury increased its estimate of the payments owed to the European Union by more than £5 billion.

Here is Philip Hammond tearing a shred off Patrick Minford over his Brexit modelling.

It seems Patrick isn’t held in very high regard: