King Solomon’s fabled mines which helped the biblical ruler accumulate a gold stash worth more than £2.3TRILLION are a “complete myth”, historians believe. The Old Testament King is said to have gathered 500 tonnes of pure gold from mines which some hopefuls believe still exist – and remain stuffed with precious metals. But experts now […] 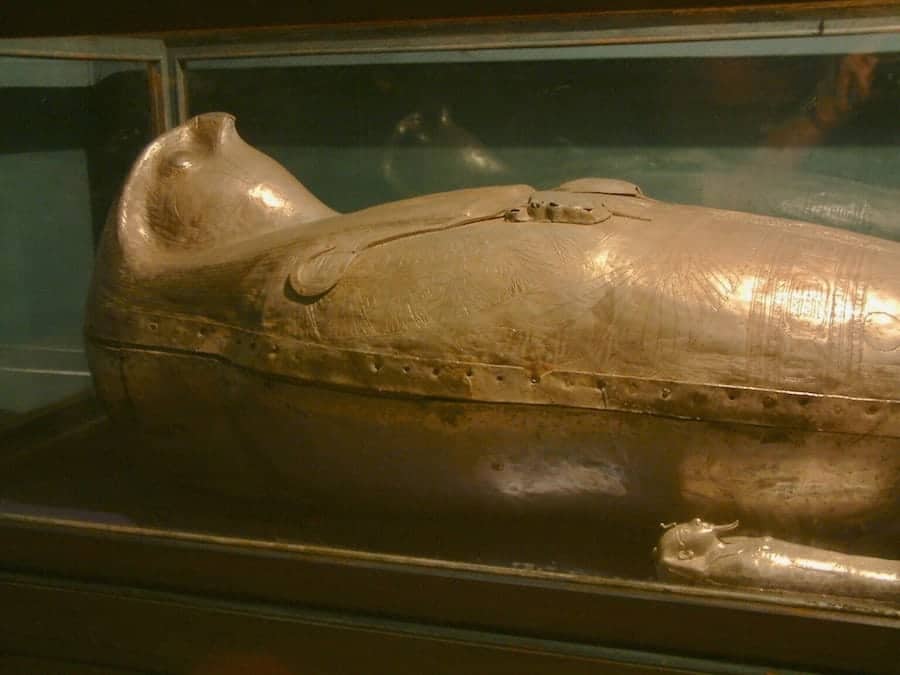 King Solomon’s fabled mines which helped the biblical ruler accumulate a gold stash worth more than £2.3TRILLION are a “complete myth”, historians believe.

The Old Testament King is said to have gathered 500 tonnes of pure gold from mines which some hopefuls believe still exist – and remain stuffed with precious metals.

And they’ve also suggested Solomon was not even king of Israel, but in fact an Egyptian pharaoh whose story has been ‘misinterpreted’.

British historian and author Ralph Ellis said finding Solomon’s lost mines is ‘about as likely as taking a dip in the Fountain of Youth’ – the mythical spring that supposedly restores the youth of anyone who drinks from its waters.

He led 20 years of research into the story of Solomon, which is told in the Old Testament books of Kings and Chronicles, in a bid to trace the fabled mines.

But Ellis said the tales of staggering riches buried beneath the ground are likely a ‘gross misinterpretation’ of historical texts.

He said there is still a ‘grain of historical truth’ to the story of Solomon’s spectacular wealth, but in a far less legendary capacity.

His study, which began in 1997, ‘strongly indicates’ Solomon was not a rich king of Israel at all, but rather a feared and powerful Egyptian Pharaoh.

Ellis believes neighbouring rulers plundered royal tombs located in Egypt’s Valley of the Kings and presented the riches to Solomon as ‘tribute’ to prevent invasion.

Speaking about his book, ‘Solomon, Pharaoh of Egypt’, the 54-year-old historian said: “According to the Bible, King Solomon was staggeringly wealthy.

“Yet successive generations of theologians and archaeologists have scoured the Holy Land looking for his capital city, palace, temple and wealth without any success.

“There comes a point when we either have to accept that the biblical account is entirely fictional, or that we may be looking in the wrong location and for the wrong things.

“My research suggests that there is a factual basis for the story of Solomon and his riches, but that it was heavily amended and obscured by biblical scribes.

“A wealthy and powerful Israelite dynasty did exist, just as the Bible claims, but they were not simply Israelite kings and their capital city was not at Jerusalem.”

Ellis added: “This is not the kind of revelation which many Israeli archaeologists will want to hear, for political and cultural reasons, but unlike classical interpretations of the biblical story it does make sense of the confusing biblical accounts.”

He believes tales of pharaohs were considered ‘unpalatable and unacceptable’ by later biblical authors, who altered their history to create a “purely Israelite” hero.

He suggests if his theory is true, then Solomon’s treasures can be easily found at the Egyptian Museum in Cairo, where scores of artefacts from the era can be seen.

According to the Old Testament Solomon ruled the United Monarchy of Israel and Judea between 970 and 931BC and accumulated 500 tonnes of pure gold.

Much of it was said to have come from a region called ‘Ophir’, but the Bible fails to give further details and its exact location remains a mystery.

The 1885 novel by Rider Haggard, ‘King Solomon’s Mines’, inspired countless expeditions into Africa, Arabia and Asia but no universally accepted evidence of Ophir has ever been discovered.

Ellis suggests kings Solomon and his father David were in fact pharaohs Psusennes II and his successor, Shoshenq I, who ruled an expanding empire that Egypt and Israel at the end of the 10th Century BCE.

He said: “There are compelling parallels between David and Solomon, and Psusennes and Shoshenq.

“Even the ancestors and family members of these ‘two’ royal dynasties appear to be exactly the same.

“Once we accept that these ‘Israelite’ kings were actually pharaohs of Lower Egypt, then all the inconsistencies in the biblical accounts are easily explainable.”