Nadine Dorries rapped about on-line safety and a lot of people just couldn't believe it...Kathy Burke certainly wasn't having it. 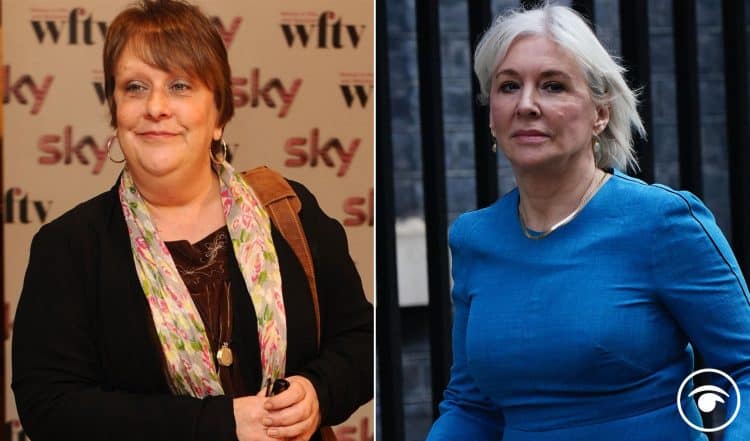 Nadine Dorries sought to put any concerns around the Online Safety Bill to bed… by releasing a rap on TikTok.

Yep you read that right, and one person who didn’t agree with it, at all, was legendary actor Kathy Burke.

The culture secretary spits some fresh lyrics in a bid to get down with the kids, saying her new legislation “makes the internet safer for a young generation”.

Looking to allay fears that it would impact freedom of expression, she said: “No! We’ve put in legal protections in the 19th section.”

She goes on: “Another thing we’re doing through the laws we’re passing is tackling online crime and cyber flashing. If companies fail to comply with the law, and fail to protect the users that they’re responsible for, the regulation Ofcom will have the power to fine. So platforms must keep people safe online.”

To top it off, Dorries finishes the clip by actually dropping a mic.

And here you go, yes there is offensive language but surely you were more offended watching Nadine’s rap?