The PM told parliament that there was no party in Downing Street on 13th November - but pictures leaked by ITV appear to prove there was. 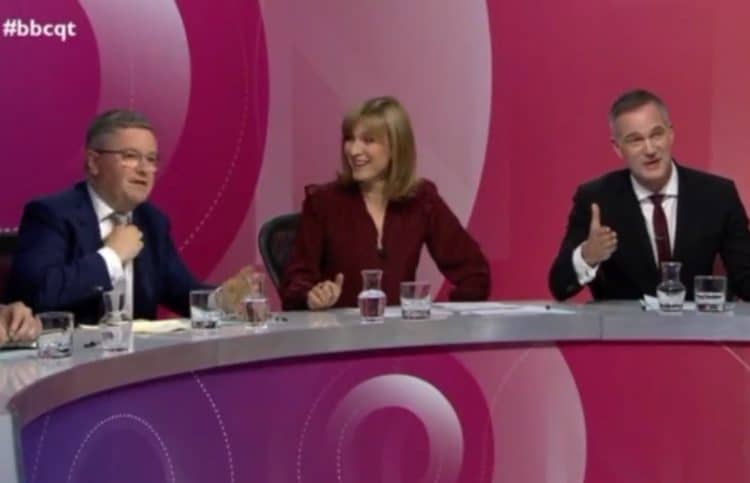 The audience at BBC Question Time in Belfast struggled to contain their laughter after a Conservative MP said he believes Boris Johnson didn’t lie to the House of Commons.

Appearing on the show shortly after the release of the Sue Gray report Robert Buckland said the prime minister assured him he never misled parliament.

In December 2021 Johnson was asked in parliament whether there was a party in Downing Street on 13th November.

He responded: “No, but I’m sure whatever happened the guidance… and the rules were followed at all times.”

Leaked pictures have since shown Johnson drinking at a Downing Street party on that date, with bottles of alcohol and party food on the table in front of him.

Related: Johnson will be forced to resign if committee finds he misled Commons