The actor and activist changed his profile picture to a Swastika made from the pride flag just days after a tragic shooting in Oslo. 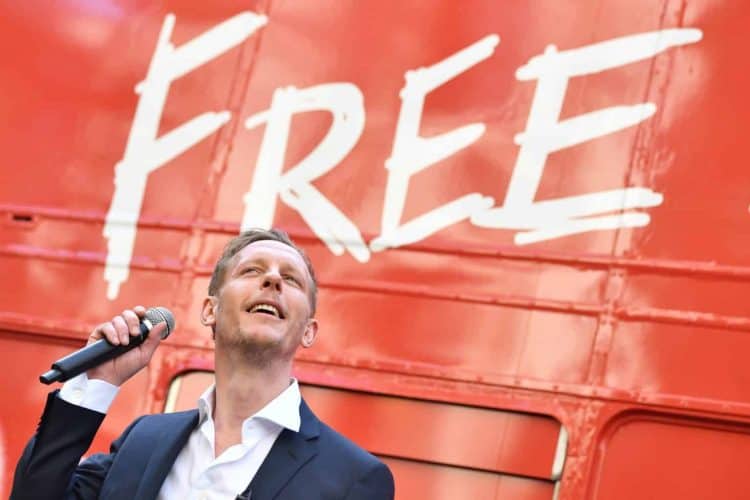 Laurence Fox had his Twitter account temporarily locked following backlash over his decision to change his profile picture to a Swastika made from the pride flag.

The controversial actor and activist made the change just days after a gunman killed two people during the Oslo Pride festival.

He responded by saying: “You can openly call the Union Jack a symbol of facism and totalitarianism on Twatter.

“You cannot criticise the holy flags”, he added, adding the six-colour pride flag and the transgender flag.

Fox changed his profile picture shortly after mourners gathered at a memorial service in Oslo Cathedral on Sunday for the victims of a shooting in the capital’s nightlife district.

A gunman opened fire in central Oslo’s bar area early on Saturday, killing two people — a man in his 50s and another in his 60s — and injuring more than 20 in what the Norwegian security service called an “Islamist terror act” during the capital’s annual LGBTQ Pride festival.