"He did this mock applause after Liz Truss left the chair" and called her the "back wash of the available MPs", Steve Brine fumed. 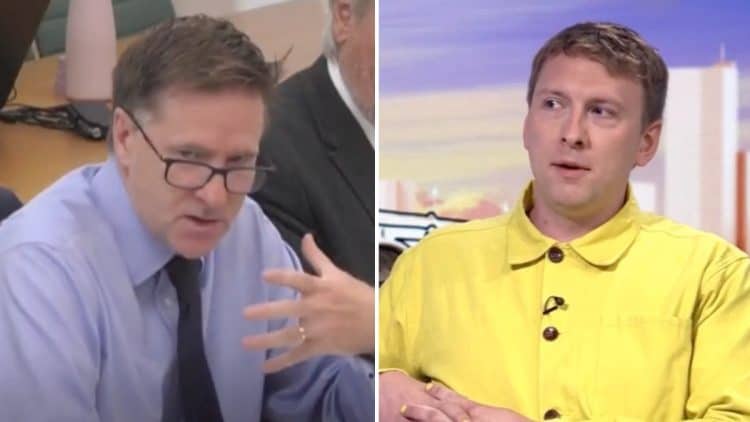 The debate over whether Joe Lycett should have been booked for Laura Kuenssberg’s first Sunday morning politics show spilt into the Commons today as MPs fumed at the BBC for inviting him on.

The Brummie funnyman joined No 10 staffer Cleo Watson and Labor’s Emily Thornberry to discuss Liz Truss’s response to the rising cost of living prices at the weekend.

The comic also pretended to be right-wing, blindly backing the incoherent energy policies proposed by the top Tory.

The exchange on the newly-launched Sunday With Laura Kuenssberg show led to The Daily Mail publishing a front page with the headline: “Now BBC comic mocks Liz Truss,” with the article claiming “anti-Tory bias” from the corporation.

Lycett responded to the article as you’d imagine, saying he’ll be “off to the framers in the morning.”

The BBC’s decision to invite Lycett on the show has sparked outrage among the Tory party.

According to the National, a senior source told them: “That’s supposed to be a serious political programme. I think it made Laura Kuenssberg look stupid … I think it’s absurd.

“How could that possibly be the right thing for the BBC to do. If I was the BBC I would issue an apology and say we got it wrong, we made a mistake and we will go back to being a serious political programme.”

And it even spilt into the Commons today as MP Steve Brine hit out at the booking.

Related: I’m a Tory Party donor – here’s what you don’t know about cash for access