The departing prime minister’s customary award of peerages is likely to provoke controversy, with even his dad mentioned. 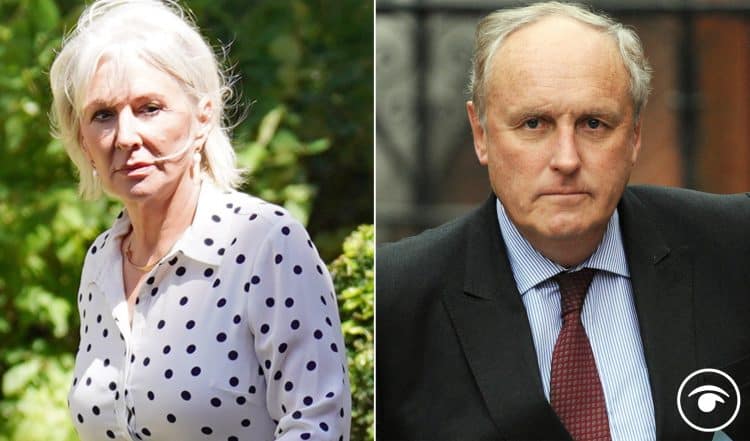 Boris Johnson is expected to appoint allies to the House of Lords as part of his customary resignation honours list.

No details have been confirmed so far, but some names rumoured to be recognised include Culture Secretary Nadine Dorries and the former Daily Mail editor Paul Dacre.

Mr Johnson is formally resigning as Prime Minister on Tuesday, handing over the top job to Liz Truss.

It is unclear when his list will be released, with Downing Street saying there is “no fixed time” for the announcement.

His spokesman said on Monday: “It will be a matter for the new Government essentially on the timings, but there’s no fixed time for them at the moment.”

It is tradition for departing prime ministers to create new life peerages, but as these are often handed to political staff and former advisers, they are rarely without controversy.

It has been reported that it could include gongs for Lubov Chernukhin, a Russian donor who has spent tens of thousands to play tennis with Mr Johnson, and the Carphone Warehouse co-founder David Ross, who arranged a luxury holiday for Mr Johnson and his then-fiancee Carrie Symonds in Mustique in 2019.

One of Mr Johnson’s most vocal supporters, Ms Dorries is expected to be granted a peerage after she announced she is standing down as Culture Secretary following his departure from No 10.

There is also speculation that Mr Johnson could give his father, Stanley Johnson, a knighthood.

Some of the 86 peers Mr Johnson has already appointed in his three-year term have been contentious, fuelling accusations of cronyism.

These include wealthy Tory donor Peter Cruddas, who faced cash-for-access allegations as party co-treasurer; newspaper owner Evgeny Lebedev, the Russian-born son of a former KGB agent; Zac Goldsmith, whose peerage meant he could retain his role as environment minister after he was ousted as an MP; and his brother Jo Johnson.

Former prime minister Gordon Brown said he had seen plans to appoint up to 50 new Tory peers to force Brexit-linked legislation through the Lords.

Under the proposals, drawn up by Sir Lynton Crosby’s CT Group, each peer would have to agree to “sign away” their rights to make a judgment on draft laws, Mr Brown said.

He wrote in The Guardian in July: “The document proposes that Johnson ride roughshod over every convention and standard of propriety in an effort to secure political nominees who will vote for the Tory Government.”

Mr Johnson’s appointments so far have taken the number of members sitting in the Lords to more than 800 – compared with 650 MPs in the House of Commons.

Further partisan appointments by the Tories threaten to see the unelected upper chamber balloon even further to more than 900 members, Lord Burns, who leads the committee that devised a course to reduce the size of the Lords, warned in July.

Days before leaving office, Mr Johnson came under fire for appointing a “leading crony” to help oversee the appointment of new peers to the Lords, including vetting his resignation honours requests.

Writer and journalist Harry Mount, the author of The Wit And Wisdom Of Boris Johnson, will take up the role on the House of Lords Appointments Commission from September 11.