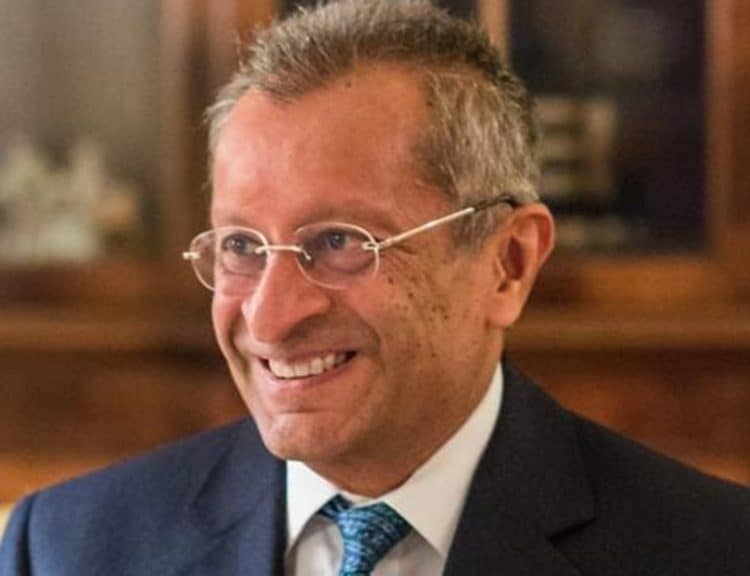 The Tory leadership contest has been going on all summer, but neither Liz Truss nor Rishi Sunak have been willing to answer my simple question: are they prepared to clean the sleaze at Conservative Campaign Headquarters and No 10?

The Conservative Party is the oldest in the world and should be a shining beacon for other democracies. Sadly, I believe that the current board of CCHQ does not adhere to democratic principles. Whoever becomes Prime Minister must drain the swamp. The Tory Party’s financing and governance needs to be restructured.

Since co-Chairman Ben Elliot set up the ‘250 Advisory Board’ – known as the 250 Club as its members have donated more than £250,000 per annum – it has taken access capitalism to a new level within the party. There is absolutely no transparency about who is on this board; how they are invited; when it meets; where it meets; who sets the agenda; and no minutes or record of what is discussed. This is completely unacceptable. If this was any other setting, such as a corporate board, it would not be tolerated.

As a long-standing Conservative party donor, I am both a beneficiary and a victim of the system. I never became a donor to gain unbridled access, but I quickly learnt that the CCHQ machinery works in concentric circles. If you are not in the inner circle, you can be treated very poorly. Money talks and wealth whispers.

The “access capitalism” approach cannot continue, it is not sustainable for our democracy. It is not fair, or healthy, for a privileged few to have unrivalled access to decision makers. I am told that the treatment of non-doms was the subject of one recent 250 Club meeting, with donors lobbying for changes to residency and domicile definitions. It is no coincidence that some of the 250 Club were resident but not domiciled in the UK for tax purposes.

Why do donors choose to give to the Conservative party in the first place? Is it because of the access Ben Elliot can bring? Is it because of the leader? Or is it because they support the policy and ideology at the heart of conservatism? I hope it would be the third. However, if it is the other two, as I fear, it calls into question whether there is an implied or expressed quid pro quo.

I believe that anyone who wants to give donations under the current system should be subject to questioning. Any donations above £50,000 should be outsourced to an external, independent organization which performs due diligence, looking into source of wealth.

The party treasurers hold the Prime Minister’s hand and act as his minders as he walks around a room of donors. They choose whom the prime minster speaks to; whom he is photographed with; and how long he spends with them. Most treasurers are then elevated to the House of Lords as gratitude for their work. The Guardian and Open Democracy research shows 17 of the last 18 treasurers are now in the Lords. Does the role of treasurer come with a promise of elevation to the Lords? If so, the system truly is broken.

Then there is the question of the party chairs. Who should they truly represent? The broader party membership; constituents; the parliamentary party; or the donors? I believe it should either be a parliamentary party appointee or a grass roots appointee, someone in touch with how people in the heart of the United Kingdom feel. Currently, it appears it is a Prime Ministerial appointment, but is that the right procedure? It feels a bit like you scratch my back and I scratch yours. The party must do some soul searching.

The Nolan principles for public life should be made the lodestone that guides the operation of CCHQ. The party should introduce a robust policy to ensure that not only actual but perceived conflicts are identified and effectively dealt with.

If the CCHQ machinery is not reformed our democracy will be undermined. Instead of analysing why things are done the way they are, and whether that is right, there is a culture of saying ‘oh well, that’s the culture’ and ignoring flaws in the system.

The next Prime Minister must have the courage to overhaul CCHQ; reform No 10 and change the culture at Whitehall. Worryingly, neither Liz Truss nor Rishi Sunak has so far shown any willingness to recognize the problem, let alone suggest a solution.

Mohamed Amersi is a businessman, philanthropist, and Conservative Party donor.