"If we are not consistent, we will, understandably, receive the charge of hypocrisy' the former labour leader said. 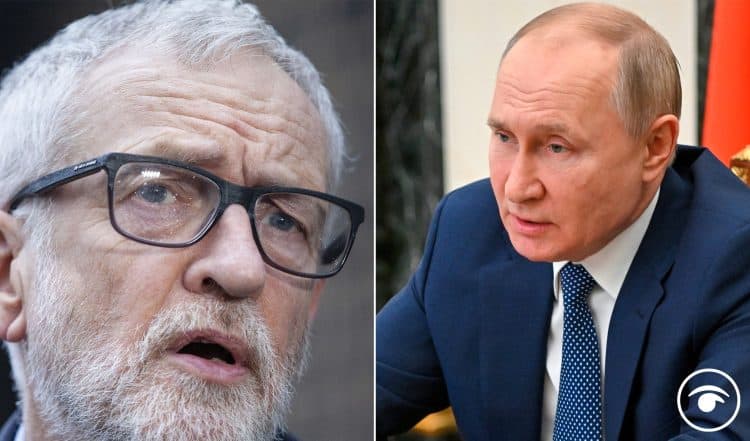 David Lammy said there are no plans to reinstate Jeremy Corbyn as a Labour MP.

The shadow foreign secretary also urged Corbyn to withdraw his name from a controversial Stop the War Coalition statement.

It comes as Stamer said there was “no room” for anyone who seeks to blame the alliance for Vladimir Putin’s brutal attack, according to HuffPost.

Sir Keir’s comments, at a meeting of the parliamentary Labour party (PLP), come just days after 11 MPs were told they would lose the whip if they didn’t remove their names from a Stop the War letter criticising Nato.

Starmer told the PLP that the creation of Nato was among the “great achievements” of the post-war Labour government.

And he threatened to boot any MP who criticised the organisation out of the party entirely.

In 2001 Jeremy Corbyn made a speech in the commons about the potential war with Afghanistan which has resurfaced due to his warning over Putin.

He said: I attended Friday prayers at the Seven Sisters mosque in Finsbury Park last week. No one among the 1,500 people at the mosque in Finsbury Park did anything other than condemn what happened to the World Trade Centre and the Pentagon, and they did not want any more deaths. I had the impression that they were also concerned about launching a military attack on Afghanistan, which would not bring back any of those who tragically died in New York or Washington, but would result in civilian casualties and could unleash a chain of events in which this country would be sucked into an Afghan civil war.

In the construction of a global alliance against terrorism, we should think a little more carefully about the human rights records and perceptions of some of the countries that are involved.

He then moved onto the issue of Russia as Tony Blair headed to Moscow.

When the Prime Minister travels to Moscow—I imagine that he is already on his way there—and meets President Putin this evening, I hope that he will convey the condemnation of millions of people around the world of the activities of the Russian army in Chechnya and of what it is doing to ordinary people there. When images of what is happening are translated into other parts of the world, many people are horrified, just as we are horrified by what happened to the World Trade Centre and the Pentagon on 11 September.

If we are serious about the rule of law and human rights, we must be very careful to condemn abuses of human rights, whoever commits them, whoever they are committed against and however uncomfortable or inconvenient it is for us to do so. If we are not consistent, we will, understandably, receive the charge of hypocrisy.

Here is Corbyn’s recent video about Putin and Ukraine.

Related: Tory councillor panned for claiming Boris is ‘on the frontline’ of Ukraine war