Critics of the Labour leader said there was a long history of opposing Nato on the British left. 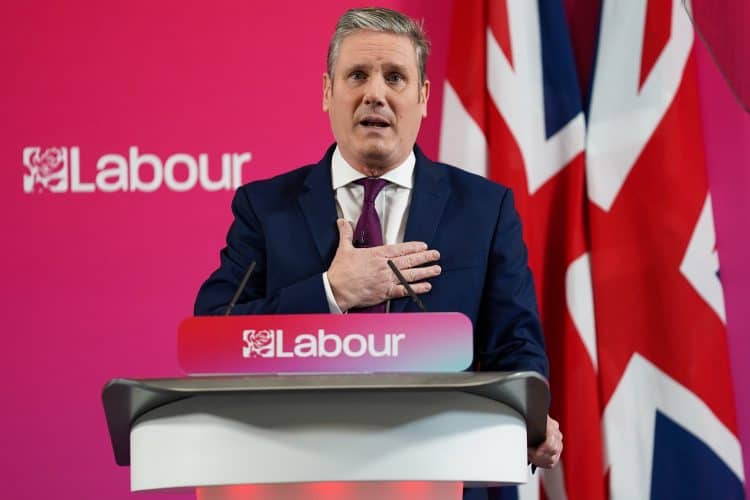 Labour MPs who attack Nato to justify Russia’s invasion of Ukraine will be kicked out of the party, Keir Starmer has warned.

The Labour leader said there was “no room” for anyone who seeks to blame the alliance for Vladimir Putin’s brutal attack, according to HuffPost.

Sir Keir’s comments, at a meeting of the parliamentary Labour party (PLP), come just days after 11 MPs were told they would lose the whip if they didn’t remove their names from a Stop the War letter criticising Nato.

Starmer told the PLP that the creation of Nato was among the “great achievements” of the post-war Labour government.

And he threatened to boot any MP who criticised the organisation out of the party entirely.

‘No place in this party’

He said: “Labour’s commitment to democracy, the rule of law and the sovereignty of independent nations is unshakable.

“Vladimir Putin is attacking all those things. Nato is defending them. There are groups in this country who haven’t seemed to understand that difference.

But critics pointed out that there is a long history of opposition to Nato on the British left. In a viral thread, academic Ben Sellers suggested Starmer’s move was “an aggressive attempt to erase” opposition to the transatlantic alliance.

Pointing to figures like Tony Benn, historian EP Thompson and Jeremy Corbyn, Starmer’s predecessor, Sellers said opponents of Nato were not supporters of the Soviet Union. “Their criticisms were about the dangers of its expansionism, the lack of democratic control and of course, the influence and ambitions of the US,” he wrote.

But Starmer does not seem to agree. Speaking on Monday, he also cautioned that the war in Ukraine will “exacerbate” the cost-of-living crisis – with sanctions imposed on Moscow also set to hurt the UK.

And he called for Boris Johnson’s planned rise in National Insurance, due in April, to be scrapped as a result.

He said: “We must be clear and honest with the British people though these sanctions will have a knock-on effect here.

“But that’s no reason for the Government to wash their hands of the situation. The increases we will see don’t replace the cost-of-living crisis we already had. They exacerbate it.

“The idea that Rishi Sunak and Boris Johnson’s tax rise on working people can still go ahead in April now is just laughable.“

It comes as Gordon Brown warned that the welfare state safety net has been “torn apart” as more people are plunged into poverty.

He said “bedding banks” were cropping up in communities alongside food banks, offering blankets, sheets and duvets for people struggling to pay their energy bills.

With just a few weeks to go before an increase in National Insurance, Brown said it was time to call a halt to the “economic madness“ of allowing tax rises, food price rises, escalating heating bills and real-terms benefit cuts.

He described it as a “quadruple whammy” that will tip hard-pressed families over the edge.

“It’s time for ministers to wake up to the pain already being felt in places they are unlikely to ever visit, and to the suffering of people they may never see,” he said.

Related: Tory councillor panned for claiming Boris is ‘on the frontline’ of Ukraine war