A Tory councillor claimed Johnson is on the "frontline" of the Ukraine conflict. Twitter was unimpressed. 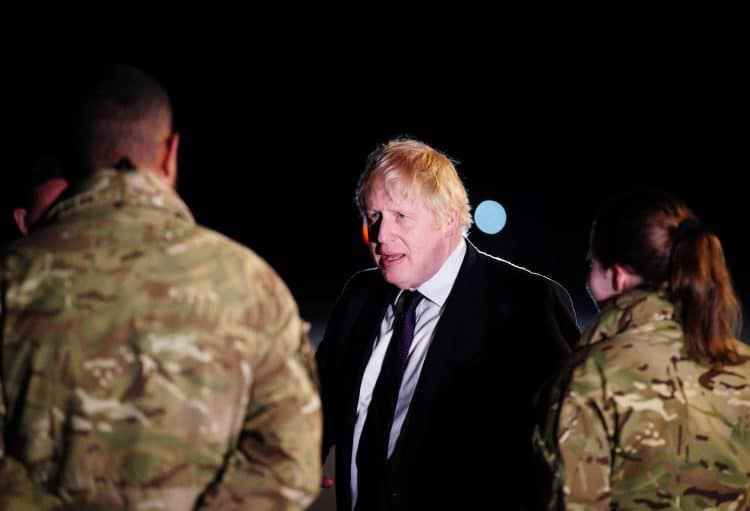 As Russia’s invasion escalates, Volodymyr Zelensky – Ukraine’s president – has been widely praised for his bravery and leadership.

It emerged over the weekend that Zelensky was offered the chance to evacuate Kyiv by the US, but turned it down. “The fight is here. I need ammunition, not a ride,” he reportedly said.

And Zelensky’s fortitude has given rise to inevitable comparisons with Boris Johnson, who has been accused of posturing in his response to the crisis.

However one Tory councillor sought to put those allegations to rest by touting Johnson’s strong will.

Sharing a photo of the prime minister with members of the Armed Forces at RAF Prize Norton as they prepared to fly aid to Ukraine, Joe Porter hailed Johnson for “true global leadership” – and said he was “on the frontline”.

Needless to say, Porter’s now-deleted tweet was quickly panned on social media. Here are some of the fiercest reactions.

Related: Russia to be booted out of World Cup as Fifa finally steps up