“It’s time for women to fight back, to take control, to lead the way out of this nightmare that has lasted the entire span of human history.” 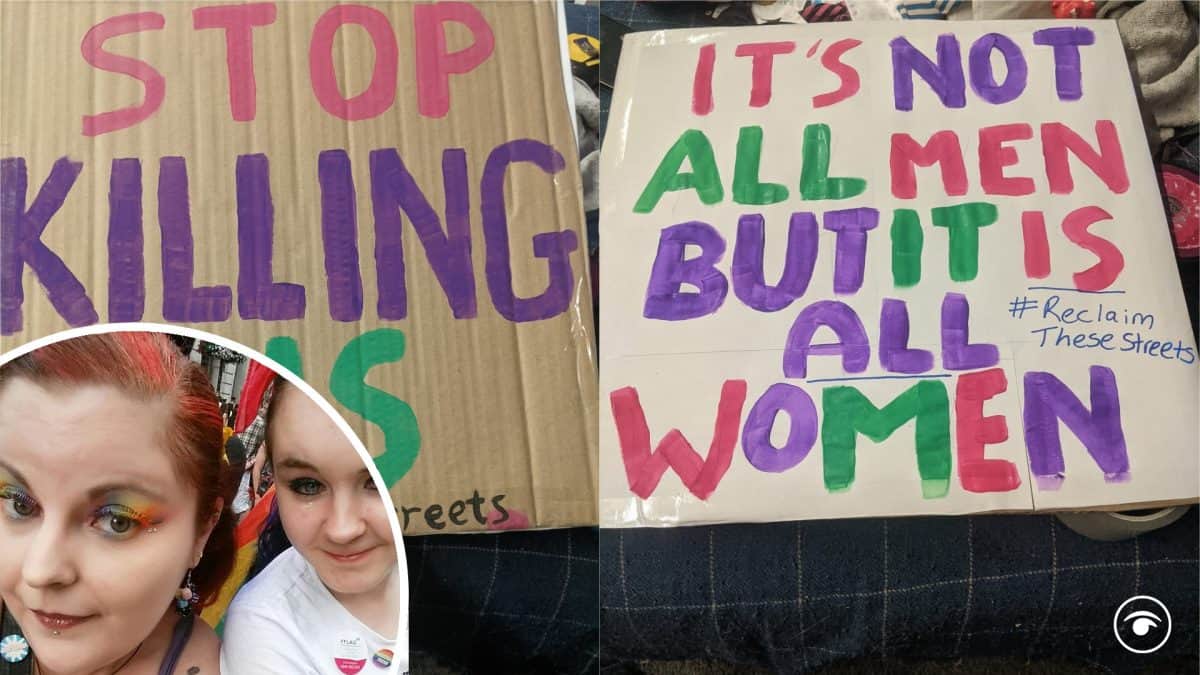 A number of women have said they will attend the London vigil for Sarah Everard regardless of the outcome of campaigners’ discussions with police.

Organisers Reclaim These Streets are continuing talks with the Metropolitan Police to work out how the event could go ahead safely, after the High Court earlier refused to make a declaration on the matter.

Becki Elson was one of many to say they will be attending the vigil regardles on social media – telling the PA news agency she will be at Clapham Common Bandstand at 6pm on Saturday with her 19-year-old daughter Megen.

“Even if no one else shows up, we will take a moment to remember Sarah and leave a candle for her,” said the 35-year-old from Brixton.

“I’m angry… for the response of the police to be to tell women to further restrict their behaviour, and then the courts to refuse our right to hold a vigil for Sarah, I’m incandescent.

“It’s time for women to fight back, to take control, to lead the way out of this nightmare that has lasted the entire span of human history.”

Ms Elson said police should work with campaigners and stand, socially-distanced, with those taking part in the demonstration.

Following the High Court decision and as police discussions continue, a number of MPs shared messages in support of the proposed vigils.

Cmon @metpoliceuk now agree a way for this vigil to happen safely. Many women want to show their concern. Including women met police officers! https://t.co/eS0jw7ABUX

“Many women want to show their concern. Including women met police officers!”

However, the High Court ruling has also caused some vigils for Ms Everard, which have been planned in dozens of locations across the UK over the last week, to be cancelled.

Labour MP for Canterbury Rosie Duffield confirmed that organisers of an event in Whitstable cancelled their event, adding: “Having spoken to (Kent Police) earlier, I totally support their decision.”

And a planned event in Edinburgh will now take place virtually, according to a post on Facebook.

Further afield, a Scottish woman said she is organising a vigil in Brussels on Saturday at the same time as the planned UK demonstrations.

Entrepreneur Rozina Spinnoy, who moved to Belgium almost 20 years ago, said she expects a small group to gather for an hour for a peaceful vigil on the steps of the Brussels Stock Exchange.

“Women wish to come together across many cities across the UK and beyond,” the 49-year-old mother of three told PA.

“Belgium and Europe is in solidarity with the UK’s vigil for Reclaim These Streets and is saddened by the tragic events surrounding Sarah Everard.

“Whether the events (in the UK) are allowed to go ahead or not and permission granted – women will not be silenced.”

Ms Spinnoy said the vigil would be in line with Belgian Covid rules, which allow groups of up to 10 to gather outside, and is being promoted with fliers translated into French and Dutch.