On Brexit he said: "It’s like a mask has dropped, exposing this horrible snarling, sneering, angry, jealous face." 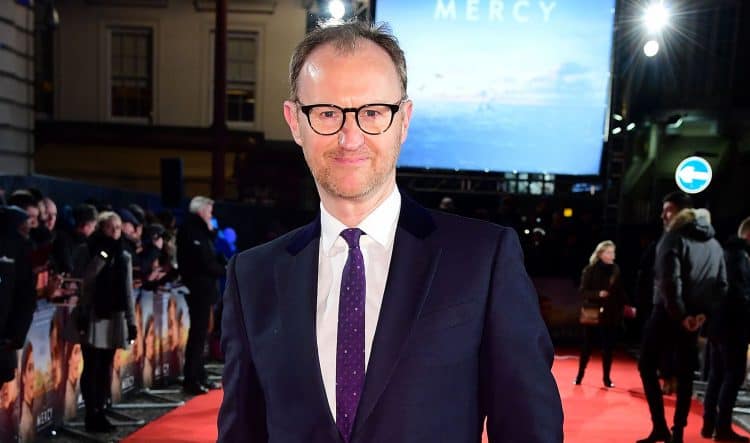 Today’s antics were described by reporter Joe Mayes as a very fractious day of supposed diplomacy, he wrote: “we’ve just seen a remarkable briefing war between France and the U.K. on Brexit.”

This is one example, of many just today, of our nation at war with itself and others.

So how do you feel about being English these days?

Perhaps you support Brexit and see this chaos as part of the process or maybe you despair as Britain tears itself away from the rest of the world and tears itself apart.

Well in a wide-ranging interview with the Guardian Mark Gatiss was brought onto the subject of politics.

Gattis is currently completing his remake of the 1972 children’s film The Amazing Mr Blunden while rehearsing his new adaptation of A Christmas Carol.

The latest in a series of spooky ghost stories, The Mezzotint, will be on our screens this Xmas.

His work includes writing for and acting in the television series Doctor Who, Sherlock, and Dracula. Together with Reece Shearsmith, Steve Pemberton and Jeremy Dyson, he is a member of the comedy team The League of Gentlemen.

During the chat he was brought onto the subject of Englishness and that’s where his feelings spilled out.

In Dracula, the truth-telling nun Sister Agatha told Jonathan Harker: “You are an Englishman: a combination of presumptions beyond compare.”

So how does Gatiss himself feel about being stamped as one? This question unleashes an agonised diatribe. “I’m currently very, very ashamed of being English, but I love what I think it represents, or used to,” he says.

“The most terrible thing about Brexit is we always had a hard-won and very fair reputation for being amateurish, but basically decent. In a tight corner, you knew where you were with us. And I think that’s been ripped away. It’s like a mask has dropped, exposing this horrible snarling, sneering, angry, jealous face.”

He continues to chat about his feelings about the state of the nation.

“So pained is he by the current state of politics that he has left Twitter and stopped watching the news. “I feel awful because it’s disengaging, but I sort of can’t bear it, this constant drip-drip of misery which becomes a flood. Scrooge says, ‘I’ll retire to Bedlam.’ That’s my catchphrase now,” he says glumly.”

Do you feel the way he does about the situation we find ourselves in?

The Mezzotint will be screened on BBC Two at Christmas