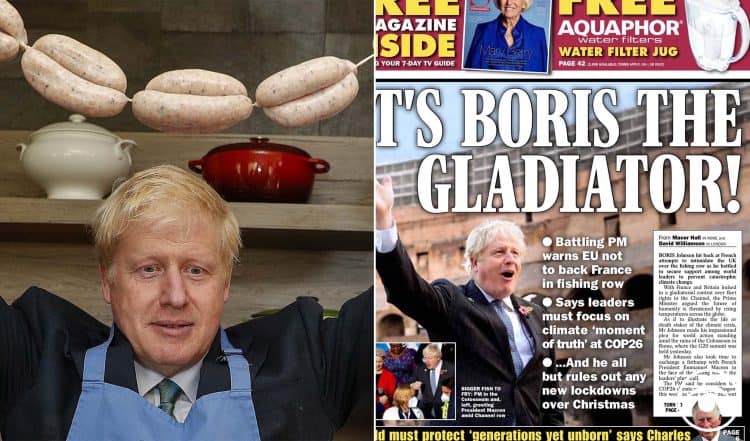 The world could be heading for a new “dark ages” if it fails to tackle global warming, Boris Johnson has warned as he appealed to the world’s leading economies to do more to cut emissions.

Standing in Rome’s Colosseum, the Prime Minister likened the impact of unrestricted climate change to the fall of the Roman Empire.

“Civilisation could go backwards and history could go into reverse,” he said in an interview with Channel 4 News.

“Here we are in the Colosseum of Vespasian, the Roman Empire, they weren’t expecting it and they went into reverse.”

“When the Roman empire fell, it was largely as a result of uncontrolled immigration. The empire could no longer control its borders, people came in from the east, all over the place, and we went into a dark ages, Europe went into a dark ages that lasted a very long time. The point of that is to say it can happen again. People should not be so conceited as to imagine that history is a one-way ratchet.

“Unless you can make sure next week at Cop in Glasgow that we keep alive this prospect of restricting the growth in the temperature of the planet then we really face a real problem for humanity.”

Well the Sunday Express loved his comments and decided to run with the headline: “It’s Boris the gladiator,” as the headline on its front page.

A few people decided to give the PM a Latin name, as you can imagine they were not too complimentary.