"For about 20 minutes it appeared we were heading for a truce. But now we’re right back into the spat, with a Tuesday deadline approaching- right as COP summit is beginning!" Wrote journalist Joe Mayes. 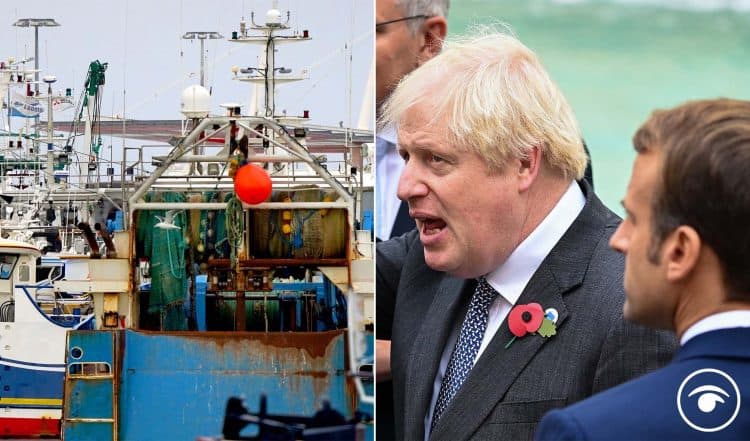 We follow his thread, but below Clement Beaune France’s Europe Minister sets out a thread that cuts through the ‘spin’ of the UK government and it is a troubling read.

“After Macron-Johnson meeting at G20, French side say they agreed to pursue solutions to defuse the Brexit fishing spat. But then U.K. officials give wholly different account – they say Johnson told Macron it was for France to withdraw their threats 2/”

“For about 20 minutes – the gap between the French and UK briefings – it appeared we were heading for a truce. But now we’re right back into the spat, with a Tuesday deadline approaching… 3/”

“Tuesday – right as COP summit is beginning! – is when France is threatening to trigger its retaliatory actions over fishing licenses, like disrupting trade and blocking British boats from its ports 4/”

“So it’s gonna be a big 48 hours in the post-Brexit relationship – will either side stand down? Do we get a deal? Or is it going to be tit-for-tat measures? Ends/”

All the while, we have British and French ministers sparring on Twitter and here Clement Beaune attempts to debunk Lord Frost’s claims over the fisheries row.

‘Let’s explain what’s going on on fisheries, beyond spin.’

“Following the Brexit deal (TCA), access was due to be granted within days to EU boats. We have now been negotiating patiently and constructively for 10 months, replying to a series of detailed and additional requests from British authorities, boat by boat.”

“What is the current situation? We do not lack just a few licences, but more than 40% of French detailed requests. For the EU as a whole, around 90% of the expected licences have been granted, but all the missing ones are French.”

“After 10 months, when such a significant amount of licences, targeting one country, is missing, it’s not a technical issue, it’s a political choice and a breach of the TCA. A friend, ally and responsible partner should stand by its world and comply with legal commitments.”

“This is why France asks for action at the EU level, within the framework of the TCA, and stands ready to implement proportionate and reversible measures from November 2nd, as we have announced repeatedly since last April. These measures are fully in line with the TCA.”

“It’s positive to read that the UK cares about the TCA; France and the EU expect its full respect and implementation, regarding fishing rights, the Northern Ireland protocol and all other – agreed and ratified – matters.”

Related: Something fishy going on? No 10 denies Johnson-Macron agreement to end fishing war