“I don’t think about being cut much now because even if I did, I won’t get it back again so what is the point. But I don’t want the same thing to happen to others.” 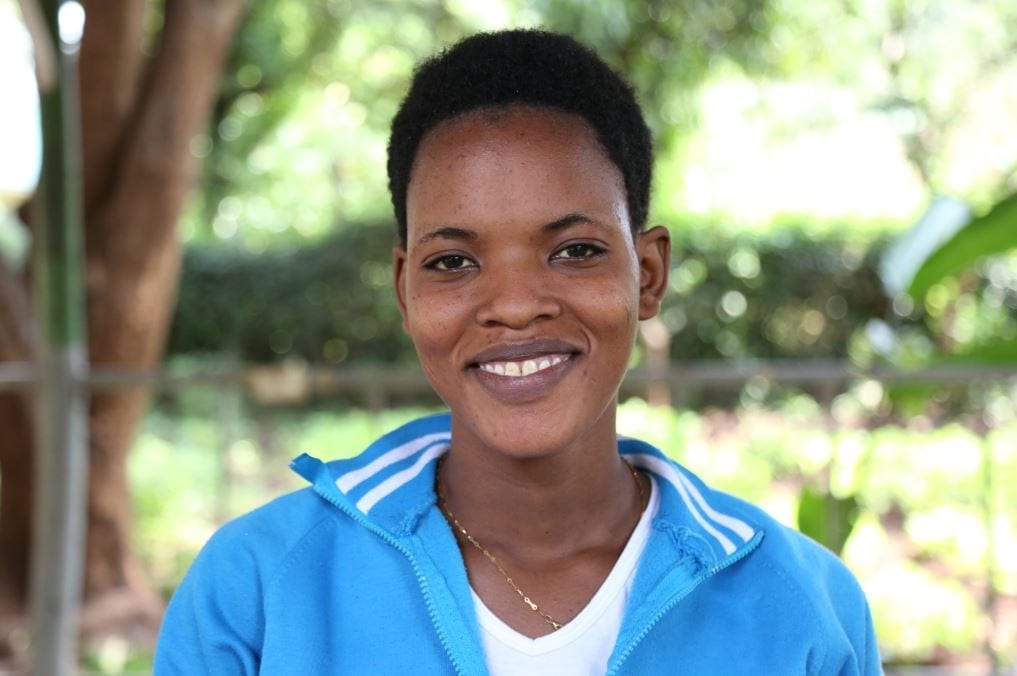 Leah was 11 when she discovered she’d undergone female genital mutilation (FGM) as a baby, and aged just nine when she was promised as a bride. Now she wants to protect other girls.

“I was 11-years-old when my mother told me I had been circumcised. Nobody ever explained what had happened or why they did it”, says Leah.

“I wasn’t until I was 16 that I recognized I had been cut. At school I met other girls who had not had FGM and we looked at each other to see whether we were the same. I didn’t believe it before but that is when I realized my clitoris had been removed.”

Today is International Day of the Girl Child, a day celebrated annually on October 11th to promote girl’s empowerment and highlight the challenges they face around globally. This year’s theme is “With Her: A Skilled Girl Force” and the focus is on girls taking charge of their own future.

A prime example is Leah, who is planning to become the first policewoman in the Maasai community where she grew up so she can fight against harmful practices that oppress women and girls.

In 2016 UNICEF reported that over 200 million girls and women have undergone FGM and 30 million more are at risk of being cut over the next decade.

FGM involves the partial or complete removal of external female genitalia for non-medical reasons. It has zero health benefits and can have serious lifelong consequences including: chronic infections; cysts; severe pain during urination, menstruation and sexual intercourse; psychological trauma; and increased risk of infertility, labour complications and new-born death. The procedure itself can also be fatal.

Leah is from the Maasai community and grew up in a remote village in Northern Tanzania. Her father had six wives and around 30 children.

When she was nine her father told her she would be married at 15.  A dowry of sugar, 15 crates of beer, four goats and five cows was paid to her family and, at 13 she was introduced to her 20-year-old future husband.

Leah recalls, “I was promised to him and nobody else could ask to marry me.  But I did not like the man, I wanted to choose for myself who I would marry, and marry after I finished my education.”

Leah achieved good primary school grades so, when her father refused to let her attend secondary school, she ran away.

“I found a school and my father had to agree to pay my fees as he feared the police would arrest him because he’d arranged for me to get married under age”, she explains.

It was soon after at school that she was introduced to The Network Against Female Genital Mutilation (NAFGEM), a local organisation that works to end harmful practices like FGM and child marriage by providing awareness raising training and education.

Leah says: “If it wasn’t for NAFGEM, I definitely wouldn’t be in school and would probably be married with a child. NAFGEM is very important because it has helped a lot of girls like me who have suffered.”

NAFGEM runs three rescue centres, and Leah has been living at one for over six years. Now 23, she is studying for her final exams and hopes to become a policewoman so that she can help women and girls in her Maassia community.

Looking determined, she states: “I want to become a police officer because now there are laws in Tanzania against FGM and child marriage. I want to implement those laws in my society as they help reduce harmful practices because people are scared of punishment.”

Jean-Paul Murunga from international women’s rights organisation Equality Now explains: “Child marriage is a human rights violation, often following from and leading to further human rights violations such as FGM. It is a violent and abusive practice that stems from and sustains discrimination against women and girls.”

“It excludes girls from decisions regarding the timing of marriage and the choice of spouse, and is an abrupt and violent initiation into sexual relations. Child brides are often isolated and because of their marital status have little access to education and other services generally provided to children.”

Thankfully, Leah’s father is now happy that she is thriving at school. “At first my father was very angry, he complained to my mother and it caused conflict, but thankfully things have improved. He is pleased because he can see the benefits, he even encourages me to work harder to get better results,” she says.

Leah wants to work with children and hopes her own experiences will help others. She reflects: “I don’t think about being cut much now because even if I did, I won’t get it back again so what is the point. But I don’t want the same thing to happen to others.”